About To the Bone 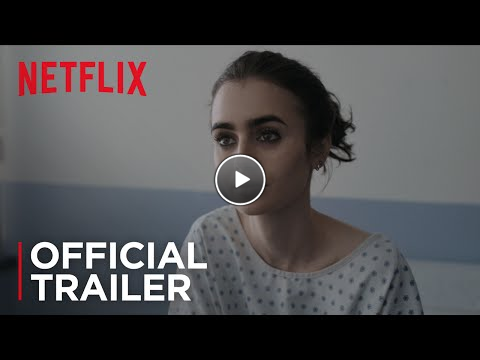 Ellen is an unruly, 20-year-old anorexic girl who spent the better part of her teenage years being shepherded through various recovery programs, only to find herself several pounds lighter every time. Determined to find a solution, her dysfunctional family agrees to send her to a group home for youths, which is led by a non-traditional doctor. Surprised by the unusual rules—and charmed by her fellow patients—Ellen has to discover for herself how to confront her addiction and attempt self-acceptance, in order to stand a chance against her demons.

Television veteran Marti Noxon brings her aptitude for storytelling to her remarkable debut feature, tackling the challenges of self-esteem with a refreshingly humorous—yet painstakingly honest—voice. Featuring a career-making performance by Lily Collins, and pitch-perfect supporting roles by Keanu Reeves, Carrie Preston, and Lili Taylor, To the Bone subverts expectations at every turn with its razor-sharp script, and its undiluted look at what young women face in living up to both society’s expectations of beauty, and their own. Noxon adapted the Gillian Flynn bestselling novel “Sharp Objects” for television and will executive produce and run the series, which will also be produced by Flynn and Jason Blum. Academy Award®-nominated actress Amy Adams is attached to star in the project, which went into production in 2016.

Noxon has written for and executive produced many critically acclaimed shows including Buffy the Vampire Slayer, Grey’s Anatomy, Private Practice, Brothers & Sisters, Point Pleasant and Still Life . She has also acted as consulting producer for Mad Men, Prison Break, Angel, and Glee. Noxon’s film credits include I Am Number Four and Fright Night. A graduate of UC Santa Cruz, Noxon currently lives in Los Angeles with her two children and is co-owner of the recently launched Grist & Toll, an urban flour mill in Pasadena.

Lily Collins is an actor and writer, best known for her roles in Love, Rosie, The Blind Side, Abduction, Mirror Mirror, and The Mortal Instruments: City of Bones. She was nominated for a Golden Globe for Warren Beatty’s latest film Rules Don't Apply, which came out in November 2016, and can also recently be seen in The Last Tycoon, Amazon’s drama pilot based on F. Scott Fitzgerald’s final unfinished novel. Collins has also written for Seventeen, Teen Vogue, and the Los Angeles Times.

Born in Guildford, Surrey, she spent most of her childhood growing up in Los Angeles where she went onto attend the University of Southern California, majoring in broadcast journalism. Lily is also a rising icon in the fashion and beauty industry. Currently, she is an ambassador of Barrie and Lancôme. Lily has served as an Ambassador to Bystander Revolution since 2014 -- giving a speech on its behalf at We Day Seattle, supporting its social media initiatives, and contributing to the initial round of videos for the site.