Outside the Box [Office], BH Tilt, and Orion Pictures, invite you and a guest to a special preview screening of Followed by a Q&A with Greg McLean

About The Belko Experiment 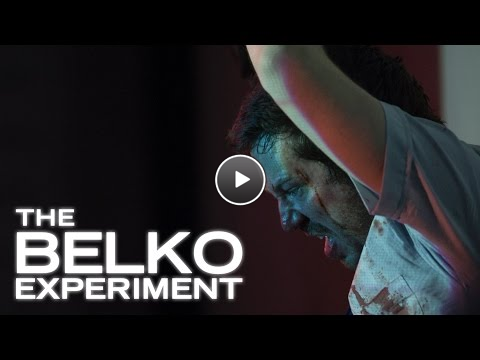 Written and produced by the acclaimed writer/director James Gunn (Guardians of the Galaxy, Super) and directed by Greg McLean (creator of the Wolf Creek franchise), The Belko Experiment is a twisted social experiment, where a group of 80 Americans are locked in their high-rise corporate office in Bogota, Colombia and ordered by an unknown voice coming from the company’s intercom system to participate in a deadly game of kill or be killed. After training as a fine artist before working as a director in Theatre and Opera, Australian writer, director and producer Greg McLean's filmmaking career began when he created the horror hit, Wolf Creek, which played at the Sundance, Cannes and Melbourne film festivals before going onto worldwide 'cult film' status. After this success he established Emu Creek Pictures, a production company based in Melbourne. This was followed by the thriller Rogue, produced with Harvey and Bob Weinstein which starred Sam Worthington and Mia Wasikowska.

In 2013 he directed Wolf Creek 2, the sequel to his breakout film which was selected to screen at the Venice Film Festival. In 2014, McLean directed the supernatural thriller The Darkness for Blumhouse Productions. The film stars Kevin Bacon and Radha Mitchell. In 2015, Greg directed The Belko Experiment for Producers James Gunn and Peter Safran for Orion Releasing. Written by Gunn, the ensemble horror film stars John Gallagher Jr and Tony Goldwyn.

Greg is currently directing Jungle, a feature based upon the incredible real life survival story of Yossi Ghinsberg starring Daniel Radcliffe. This year also saw McLean enter the Television arena - creating a 6-part spin-off series to his feature film Wolf Creek on which he served as Executive Producer and Director.

This screening is free of charge and open to the public. Please bring a valid USC ID or print out of your reservation confirmation, which will automatically be sent to your e-mail account upon successfully making an RSVP through this website. Doors will open at 5:00 P.M.