Outside the Box [Office], Lionsgate, and Summit Entertainment, invite you and a guest to a special screening of

Followed by a Q&A with Chad Stahelski 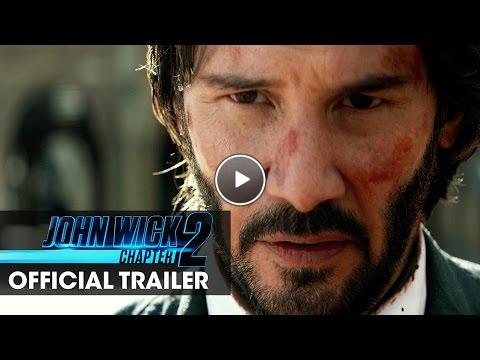 In this next chapter following the 2014 hit, legendary hitman John Wick [Keanu Reeves] is forced back out of retirement by a former associate plotting to seize control of a shadowy international assassins’ guild. Bound by a blood oath to help him, John travels to Rome where he squares off against some of the world’s deadliest killers. Stahelski hails from a martial arts background. He entered the film field as a stunt performer at the age of 24 as a stunt double on The Crow, where he doubled for the late Brandon Lee. The greatest break for Stahelski as a stuntman came when he doubled for Keanu Reeves in the seminal sci-fi action hit The Matrix. From there he moved on to fight choreography, stunt coordinating and second-unit directing, working on titles such as Wild Wild West, The Replacements, The Matrix Reloaded, The Matrix Revolutions, Van Helsing, Constantine, xXx: State of the Union and 300. He has served as second-unit director on Captain America: Civil War, The Hunger Games, The Hunger Games: Catching Fire, Sherlock Holmes: A Game of Shadows, The Brothers Grimsby, Hitman: Agent 47, Escape Plan, After Earth, The Expendables 2, Safe and Ninja Assassin.

This screening is free of charge and open to the public. Please bring a valid USC ID or print out of your reservation confirmation, which will automatically be sent to your e-mail account upon successfully making an RSVP through this website. Doors will open at 1:45 P.M.