About decanted. A Winemaker's Journey 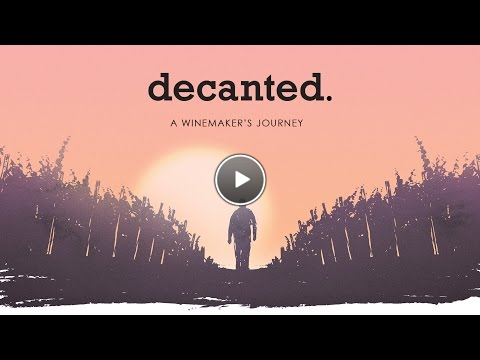 "What does it take to make it in Napa Valley?" We follow the development of brand new winery, Italics Winegrowers, seen through the eyes of elite Napa Valley winemakers and pacesetters that share a passion for their craft in this small but highly revered wine region. Like a grape vine extending itself far under ground seeking nourishment, the story-telling digs deep to analyze what kind of person decides to jump into this highly competitive and now well – established arena… and – once started on the venture – what it takes to succeed. Matthew Riggieri is a founding partner of the creative boutique Digital Cave. He is an ICG member and has worked in the region as a top Digital Imaging Technician during the transition from film to digital.  He has worked with top ASC cinematographers as well as numerous award winning independent films. He is currently signed to RADAR for music video representation and his music videos have played at SXSW. He was shortlisted for his short film Singularity in the Art of Amazing film festival and recently won an EMMY for his work on Brewmore | Baltimore. Matt try’s to escape into the natural world, and when you can’t find him on set or in the edit bay, he is outside, being immersed in nature, always searching for the inspiration that it provides.  Constantly discovering the balance between naturalism and surrealism, Matt wants to give audience members a connection to the real world before accompanying them to the surreal.

Michael Renov is the Haskell Wexler Endowed Chair in Documentary, Professor of Cinema & Media Studies and Vice Dean for Academic Affairs at the USC School of Cinematic Arts.  He is the author of Hollywood's Wartime Woman: Representation and Ideology (1988) and The Subject of Documentary (2004), editor of Theorizing Documentary (1993), and co-editor of Resolutions: Contemporary Video Practices (1996), Collecting Visible Evidence (1999), The SAGE Handbook of Film Studies (2008), Cinema’s Alchemist: The Films of Peter Forgacs (2011) and From Shtetl to Stardom: Jews and Hollywood (2016).

My inspiration for the film started with history and legacy. Napa Valley, California is this place where history and legacy are really starting now to intertwine creating some lasting effects on global wine. The film is also inspired by American perseverance even though Napa is very culturally diverse there is wild west feel to wine and that's something you can only find here in the US. To have the opportunity to tell a little bit of that Napa story from a contemporary perspective; is very special to me.

Decanted is a contemporary history; in the moment of this place and time. The film shows the enduring effects Prohibition has caused the American wine industry. Napa Valley has been lucky and blessed with amazing pioneers to really bring back the art of wine and winegrowing post prohibition, and now Napa is multi-generations into producing amazing wine. Sadly, most of the alcohol industries in the United States post prohibition were culturally homogenized and commoditized for the mass market so communities lost that history and legacy. Now there's a cultural shift leading to a greater appreciation to beer, wine, and spirits. I think that shift is driving innovation and ingenuity in the United States. End of the day its about the passion behind the vintage and believing in it for the future.