Outside the Box [Office], USC Middle East Studies Program (MESP), Kino Lorber, and Just Vision, invite you and a guest to a special screening of 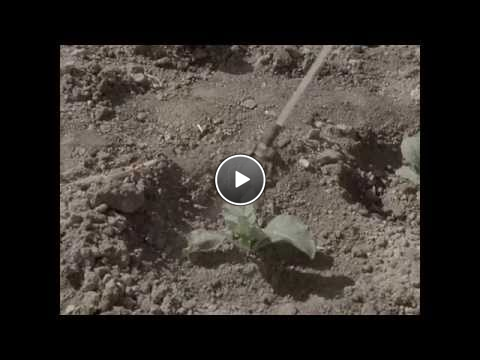 In the award-winning documentary The Wanted 18, directors Amer Shomali and Paul Cowan bring to life a remarkable story of nonviolent resistance during the First Intifada.

It’s 1987 and the Israeli army is in hot pursuit of eighteen dairy cows in the town of Beit Sahour in the Occupied Palestinian Territories. The cows are declared a threat to Israel’s national security after a group of Palestinians begin producing milk for the town’s residents.

These newly minted dairy farmers have to learn the most basic skills—even just how to milk the cows! But they are determined to be a model of self-reliance and provide their community with alternatives to replace Israeli goods.

The Israeli soldiers find themselves in a game of cat-and-mouse as residents of the town work together to shuttle the cows from barn to barn. The fugitive cows of Beit Sahour become legendary and the “intifada milk,” often distributed under cover of night, is a part of residents’ daily diet.

Humorous and thought-provoking, The Wanted 18 shows the power of mass mobilization and nonviolent resistance to the Israeli occupation during the First Intifada – an era too-often simplistically depicted with stone-throwing Palestinian youth facing armed soldiers. This is a poignant film about nation-building from the bottom up, by the people not the politicians. Amer Shomali is a Palestinian artist and has worked as a multimedia designer at Birzeit University and ZAN Studio in Ramallah, Palestine. He uses art and technology to design posters, political cartoons and short animation to support local and international political campaigns and open local social debates. He now lives in England, pursuing his MA studies in animation at the arts institute at Bournemouth.

Eszter Zimanyi is a PhD student and Annenberg Fellow in Cinema and Media Studies at the University of Southern California. She is a co-organizer of USC’s Middle East Film Screening Series, and served as the editorial assistant for Return of The Mecca: The Art of Islam and Hip-Hop, a 120-page commemorative book celebrating the art exhibit of the same name. She also acted as a curatorial assistant for Histories Absolved: Revolutionary Cuban Poster Art and the Muslim International, which showcased rare posters from Cuba’s OSPAAAL collective. Eszter’s work has been published in Transnational Cinemas, Media Fields Journal, Jadaliyya, and Enclave Review. She also served as the lead research assistant for the book Fifty Years of the Battle of Algiers: Past as Prologue, authored by Sohail Daulatzai. Most recently, Eszter co-edited an issue of the media studies journal Spectator. Her current research considers the historical and ideological connections between the Cold War and the War on Terror through examining narratives of displacement and exile between Eastern Europe and the greater Middle East. Eszter's research interests include migration, diaspora, and refugee studies, global and transnational media, postcolonial and postsocialist studies, documentary, and digital media.

The Middle East Studies Program (MESP) at USC Dornsife is committed to the teaching and study of languages, cultures, and societies from North Africa and the Gulf to the Levant and Central Asia. With core faculty in Arabic, Persian, History, Literature and International Relations, as well as affiliated faculty in Economics, Political Science, Religion and Classics, it is home to an interdisciplinary major and minor in Middle East Studies as well as a minor in Iranian Studies. The program organizes lively and exciting lectures, colloquia, conferences, and film series on a broad range of topics ranging from politics and economics to religion and popular culture.