THE DUELIST (DUELYANT) and BRUTUS

Outside the Box [Office], Roskino: Russian Cinema Worldwide, and Sony Pictures invite you to a special preview screening of

Preceded by the Short Film, Brutus 2:30 PM: Screening of The Duelist
Q&A to follow with Producer Alexander Rodnyansky 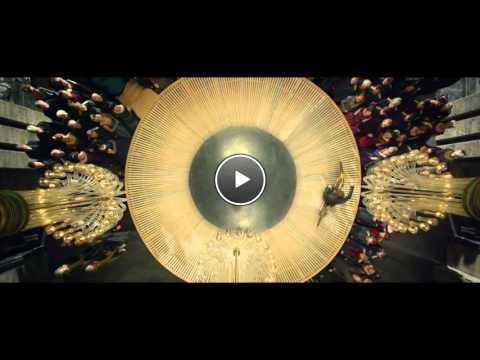 An adventure film, with dramatic and thriller elements set against the backdrop of palaces and the noble view of the Russian capital, The Duelist centers on Yakovlev, a retired officer, who returns to St. Petersburg from a long exile. While in the city, he fights as a duelist’s representative. (Nineteenth-century Russian duel law allowed for a duelist to be replaced by any one person.) Though Yakovlev fights for money, he also seeks honor and revenge against those who disgraced him, therein, challenging the Russian Providence. Yakovlev fearlessly plays with destiny as an example of traditional romantic characters from the Russian Classics.

The Duelist is an exciting, thrilling and compelling story that will resonate with modern audiences. Scale of production, compelling characters, technological tools and attention to historical context, combined with the breathtaking presentation of The IMAX Experience® all make The Duelist an engrossing film that will transport audiences to the unexpected and intriguing world of 19th-century Saint Petersburg.  -- Aleksey Mizgirev About Alexander Rodnyansky, Producer of The Duelist

Alexander Rodnyansky is a seasoned filmmaker. He started as a documentary director and over the course of his career, which began in 1984 and span over a decade, he has directed 10 feature documentaries (including Raoul Wallenberg’s Mission and USSR 1 and 2) which won him numerous national and international awards including the highest award for a documentary filmmaker in the USSR – the Russian National Film Award NIKA.

He left documentary filmmaking in the early 90s to focus on film producing. Over the course of his career Mr. Rodnyansky produced over two dozen feature films, both box-office champions as well as the critically acclaimed festival features.

All of the Russian genre films produced by Mr. Rodnyansky has become box-office champions. He was the producer of all of the films directed by Fyodor Bondarchuk – 9th Company, Inhabited Island and Stalingrad (the highest grossing Russian film of the decade and the first ever Russian film in IMAX 3D) as well as the producer of two high grossing romantic comedies -  Piter FM directed by Oksana Bychkova and The Heat directed  by Rezo Gigineishvili. Latest major film, produced by Mr. Rodnyansky – The Duelist – was also released in the IMAX format and went on to become the highest grossing Russian elevated genre film.

Mr. Rodnyansky’s involvement in the Russian auteur’s cinema is extensive, over the course of his career he worked with the best Russian independent directors.

Among the international projects of which Mr. Rodnyansky was a part of, the most notable are:

As a producer-financier Mr. Rodnyansky produced such notable films as:

In 2013 a book by Alexander Rodnyansky "What makes a producer" was published and quickly became one of the best-selling non-fiction books of the year. In 2015 a second edition of the book was published with additional chapters, describing the behind the scenes stories of the highest grossing Russian film of the decade Stalingrad and the unprecedented international critical success of Leviathan.

Since 2004 to this day Alexander Rodnyansky serves as the president of the leading Russian national Film Festival "Kinotavr". "Kinotavr" was founded in 1989 and quickly became the most important film festival of the growing Russian film industry and one of the biggest national film festivals in the world. Each year only the best Russian films are selected for Kinotavr competition. The festival showcases the best that the industry has to offer, sets trends and discovers new talents. Every year more than 5 000 film professionals - directors, screenwriters, producers, distributors,film critics and members of the selection committees of the most notable European Film Festivals come to Sochi for Kinotavr. War, racial laws, human atrocity, and cruelty separate a German Shepherd called Brutus from his beloved owner. After being transported from an animal shelter into a concentration camp and appointed a service dog, having undergone rigorous manipulation and physical training, a harmless house pet is transformed into a killer-beast.

About Konstantin Fam, Writer/Director of Brutus

Konstantin Fam (AKA Costa Fam) is a screenwriter, director, and producer. Konstantin is the creator of a trilogy called Witnesses dedicated to the memory of the Holocaust victims. Witnesses is a compilation of three short films: Shoes (2012), Brutus (2016), and Violin (release date - 2017), united by common characters and theme. The short Shoes won a number of awards at different international festivals and was submitted to the Academy Awards in 2013.

Konstantin Fam was born on July 13th 1977 in former USSR in a small Ukrainian town called Pervomaiskii from a Vietnamese father and Jewish mother. Konstantin’s father - a political immigrant, a family member of heroes of the Vietnamese resistance, who spent his childhood years in partisan troops. Konstantin’s mother was Jewish, whose family died during the Holocaust. Tragedies of Konstantin’s parents’ families played a big role in his creative vision.

Konstantin got his Theatre and Film Arts degree at the Dnepropetrovsk college of Theatrical Arts, VGIK, and NYFA. Konstantin worked for 20 years in theater and television in Georgia, Ukraine, and Russia as an actor, screenwriter, director, and producer. Currently, Konstantin is developing his own projects. He also owns a company that produces educational content for parents alongside with his wife.

This screening is free of charge and open to the public. Please bring a valid USC ID or print out of your reservation confirmation, which will automatically be sent to your e-mail account upon successfully making an RSVP through this website. Doors will open at 1:00 P.M.