The USC Viterbi School of Engineering, Outside the Box [Office], Expedia Inc., and Finish Line Features, invite you and a guest to a special screening of Join us for a pre-screening catered reception in the Mary Pickford Lobby directly in front of the theater from 6:00 - 7:00 P.M.

About CODE: Debugging the Gender Gap 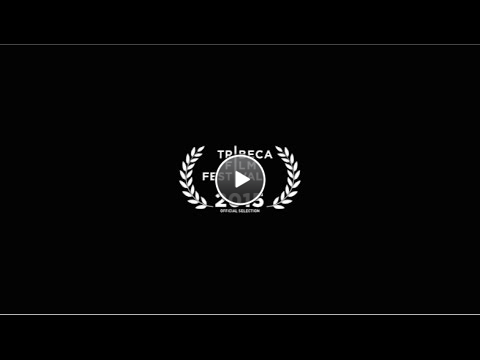 Tech jobs are growing three times faster than our colleges are producing computer science graduates. By 2020, there will be one million unfilled software engineering jobs in the USA. Through compelling interviews, artistic animation and clever flashpoints in popular culture, CODE documentary examines the reasons why more girls and people of color are not seeking opportunities in computer science and explores how cultural mindsets, stereotypes, educational hurdles and sexism all play roles in this national crisis. Expert voices from the worlds of tech, psychology, science, and education are intercut with inspiring stories of women who are engaged in the fight to challenge complacency in the tech industry and have their voices heard. CODE aims to inspire change in mindsets, in the educational system, in startup culture and in the way women see themselves in the field of coding. Early one morning in the spring of 2013, my daughter called home from college announcing she intended to drop her computer science major. “I’m really bad at it,” she says. “I’m the worst in the class; I don’t fit in.” Her confidence was shaken by being one of just two women in a class of 25, and by not having the resources to support her. After taking 3 computer science classes, she drops the CS major. Turns out she was earning a B.

That same spring, weekly headlines in national newspapers declared the importance of attaining some level of computer science knowledge in college. Want a job out of college? Study computer science. A White House study stated that by 2020 there would be 1 million unfilled computer science jobs in the USA. What is going on here? With tech jobs plentiful and lucrative, why is the supply / demand ratio so skewed? Well, the tech industry is missing half the population.

Together with Producer Staci Hartman, I set out to debug the reasons behind the gender gap and digital divide. For the most part, Silicon Valley availed itself to our inquisition, and with each interview - whether at Yelp, Facebook, Google, Twitter, Pinterest, Strava, Pandora, GitHub or Pivotal - we learned that the underlying currents which dissuaded women and people of color from pursuing coding jobs and resulted in the dearth of minorities in tech, were systemic, pervasive, and complex. Mindsets, stereotypes, clogs in the educational pipeline, startup culture, lack of role models and sexism all play important roles in this mounting gender, ethnicity and economic issue.

Professor Claude Steele says it takes about a generation to change a stereotype. As director of CODE: Debugging the Gender Gap, I hope to inspire our audience to begin that change. Change in the way our school system values computer science education; change in the way we think of a programmer; change in the way women and people of color view themselves in the tech field.

I am honored to have directed CODE: Debugging the Gender Gap. I am grateful to the many tech companies who opened their doors to me and the CODE crew, and to the inspiring women and men in tech who availed themselves to our cameras and questions. I am forever changed by meeting women in tech who have overcome myriad obstacles in order to pursue their passion for coding. I am proud to be able to share some of these stories with the world, and I remain hopeful that through CODE documentary I will encourage more people in tech to join the movement to make the industry more inclusive and thus more efficient for all.

Robin is the director and producer of cause-based documentary films at Finish Line Features, LLC.  As both a business woman and a longtime professional photographer, Robin brings her creative eye and leadership skills to her documentary film projects. Her years in fine art photography give her a keen vision for the artistic design of her films; her experience in the business world affords her a unique perspective on what it takes to motivate an audience. Robin’s most recent film, CODE: Debugging the Gender Gap, premiered at Tribeca Film Festival 2015, and has caught the attention of the international tech industry and of policy makers in Washington, DC and abroad.  Previously, Robin co-directed and produced the documentary feature, Running for Jim, which won 14 awards at 20 film festivals. She has spoken about the importance of increased diversity in computer programming and on behalf of women’s rights at the Mobile World Congress, SXSW Interactive Conference, InspireFest, AT&T Foundry FutureCast, Dell Women Entrepreneur Network. As Director of CODE documentary, Robin has been featured in national publications: USA Today, Wired, Forbes, Fortune, The New Yorker, The Atlantic, Fast Company, Cosmopolitan, Glamour, Marie Claire, San Francisco Business Times.

Shirin Laor-Raz Salemnia is the Founder and CEO of PlayWerks, an independent interactive media company that creates high quality innovative multi-platform immersive experiences that engage children and adults. Also, She is the Founder of WhizGirls Academy where students engage in exciting projects that help them acquire skills in the areas of coding, entrepreneurship, healthy balanced lifestyles (fitness and eating) and more, while building confidence and growing as members of the community. She previously worked at MGA Entertainment on Bratz and Mattel on Barbie, where she performed ongoing research and analysis of industry trends, consumer motivations and competitor activity. At MGA, she was responsible for designing the Play Lab, where children would gather for in-house research. While she was the Brand Manager for the billion dollar Bratz brand. She is actively involved in Women in Gaming, an Advisor to the LA Film School Video Game Dept, The Boys and Girls Clubs, Girls in Tech, Girl Scouts, and the White House Council of Women and Girls. She hosted the first Hackathon for Women and Girls in 2013 in collaboration with the White House Council of Women and Girls. And she recently hosted the Kids Hack for LA in collaboration with Mayor Garcetti, the White House, and will.i.am's i.am.angel Foundation. Also, she is teaching Tech for Social Impact/Entrepreneurship at USC School of Engineering/Viterbi Fall 2014.

Trina Gregory has worked full-time in the computer science field for over 10 years and enjoyed her career immensely. After having the first of her two children in 2003, her family moved from San Diego to Los Angeles and she took time off to be a mom. She worked part-time for SAIC from March 2004 until June 2005. In January 2007, Trina started teaching part-time for the Information Technology Program at USC and rediscovered her love of teaching. In August 2009, she started teaching full-time.

Rob has a lifelong love of technology from the technical to the creative. He has experience in software development, information technology, web design, audio engineering, film/tv post-production, and digital media. Rob is excited to be back teaching at USC, where he holds degrees from the Viterbi School of Engineering.

A business focused leader in Human Resources with experience in staffing, financial and high tech industries. Karen has worked in the field of Diversity & Inclusion for over 15 years and has a passion for helping others reach their full potential. Karen resides in Seattle WA with her husband and 2 kids. She is devoted to raising awareness for Autism in support of her son Kaden by running marathons. Currently up to 6 completed! Karen received a degree in communications from California State University, Chico.