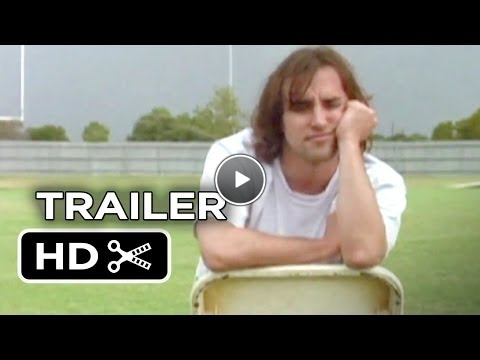 Gabe Klinger's intimate and unassumingly insightful documentary–winner of the Venezia Classici Award at the 2013 Venice Film Festival–brings together two masters of modern filmmaking for a series of casual, wide-ranging conversations touching on cinema, sports, and the unexpected artistic corollaries between their indelible corpuses. Forgoing tired nonfiction storytelling tropes, Klinger allows the natural rapport and shared camaraderie of his subjects, the Texas-born indie icon Richard Linklater and the Milwaukee-bred avant-garde figurehead James Benning, to shape a narrative that follows their discussions from the baseball diamond (where each spent a great deal of their youth) to the editing room (where we see Linklater working on Boyhood). The result is a portrait both unique and refreshing, locating affinities and drawing parallels between two unlikely comrades. Acropolis Cinema is an independently owned and operated screening series and microcinema dedicated to bringing classic and contemporary experimental films to screens across Los Angeles. Founded by Jordan Cronk, Acropolis Cinema's vision for the curation and presentation of film is one of wholly autonomous means, committed to facilitating under-represented film-art throughout the city. Our initial identity as a migrating organization will, we hope, embolden nascent arts communities typically removed from the epicenter of art house and repertory cinema distribution channels in Los Angeles, and in the process foster fresh developments in localized film discourse and dissemination.

A topic of seemingly endless debate, the state of the Los Angeles art house scene is, in our view, less something to be fixed than fortified. The strides certain theaters and programmers have taken over the last few years to bridge some of the unfortunate lapses in programming is reflected by an increasingly vibrant local film community. Even so, these organizations can only do so much, leaving entire sectors of international and experimental film without a proper outlet in Los Angeles. Acropolis Cinema's goal is to alleviate at least some of these concerns by bringing important new films to eager Los Angeles audiences. Our focus will remain broad and inclusive, but will largely comprise experimental narratives, avant-garde shorts, nonfiction features, and undistributed films from festivals the world over.