Movies We Love Presents: An Evening with Pierce Brosnan and THE THOMAS CROWN AFFAIR (1999)

An Evening with Pierce Brosnan and
The Thomas Crown Affair (1999) Followed by a Q&A with Pierce Brosnan, Moderated by SCA Alumnus Timothy Dowling 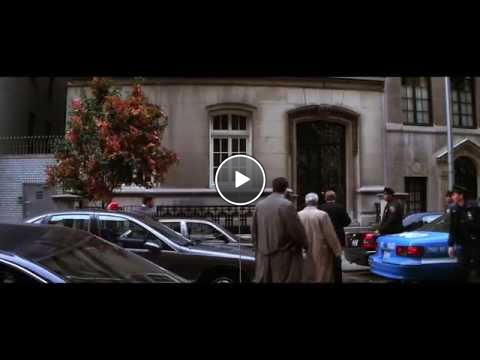 Thomas Crown is a self-made billionaire who can buy anything he wants and is irresistible to women. But there are some things that money can't buy. Thomas Crown has run out of challenges. When an alarm sounds at a world class museum and someone walks out with a priceless Monet, Crown is the last person the New York police suspect. But one person suspects him: Catherine Banning, the brilliant female investigator hired to retrieve the painting no matter what it takes. Catherine loves the chase as much as he does and she's on to his game. Crown has found his challenge. Two can play, but only one can win.

Pierce Brosnan is a legendary Irish-American actor, film producer, artist, philanthropist and two-time Golden Globe Award nominee known for his rich and extensive career in front of the camera and behind-the-scenes as a producer.

2016 is shaping up to be a busy year for Brosnan, who recently completed production on The Foreigner (working title), a Martin Campbell film co-starring Jackie Chan. This fall, Brosnan is set to star in Across the River and into the Trees based on Ernest Hemingway’s classic novel of the same name, which will also be directed by Martin Campbell.

Last year, Brosnan starred in the upcoming thriller I.T. produced by his production company, Irish DreamTime, alongside Voltage Pictures and Friendly Films, due for release this year. Brosnan also co-starred in the thriller No Escape alongside Owen Wilson and Lake Bell; Survivor with Milla Jovovich and Dylan McDermott for director James McTeigue; and Some Kind of Beautiful with Salma Hayek, Jessica Alba and Malcolm McDowell (which Brosnan also produced).

Brosnan produced and starred in the espionage thriller The November Man for director Roger Donaldson which premiered at the Deauville Film Festival. Based on a series of books by Bill Granger, development has begun on the second installment.

Other recent projects include Love Is All You Need for Academy Award winning Danish director Susanne Bier. The film premiered to critical acclaim at the Venice Film Festival and the Toronto International Film Festival. Brosnan also appeared in a surprise cameo in The World’s End with Simon Pegg and Martin Freeman in 2013.

Brosnan’s film credits include I Don’t Know How She Does It (2011) alongside Sarah Jessica Parker and Greg Kinnear; Salvation Boulevard (2011) with Greg Kinnear, Ed Harris and Jennifer Connelly; Percy Jackson & The Olympians: The Lightning Thief (2010) based upon the best-selling novel by Richard Riordan; Roman Polanski’s critically acclaimed film The Ghost Writer (2010) with Ewan McGregor which premiered at the Berlin Film Festival and for which Brosnan received the award for Best Actor in a Supporting Role in a Feature Film from the Irish Film and Television Awards; Remember Me (2010) with Robert Pattinson; The Greatest (2010) with Susan Sarandon and Carey Mulligan which premiered to rave reviews at the Sundance Film Festival; the worldwide blockbuster film adaptation of the Broadway hit Mamma Mia! (2008) opposite Meryl Streep; Married Life (2007) in which he starred with Rachel McAdams, Patricia Clarkson and Chris Cooper for director Ira Sachs; the Civil War drama Seraphim Falls (2007) in which he starred opposite Liam Neeson; The Matador (2005) for which he received a Golden Globe Award nomination for Best Performance by an Actor in a Motion Picture and a nomination for Best Actor in a Lead Role from the Irish Film & Television Academy; John Boorman’s critically acclaimed film from the novel by John LeCarre, The Tailor of Panama (2001); Sir Richard Attenborough’s Grey Owl (1999), Dante’s Peak (1997); Mars Attacks (1996); The Mirror Has Two Faces (1996) alongside Barbra Streisand; Mrs. Doubtfire (1993) with Robin Williams; The Lawnmower Man (1992) and Bruce Beresford’s Mr. Johnson (1990).

In the 1990s, Brosnan reinvigorated the popularity of the Bond franchise in box-office blockbusters including Goldeneye (1995), Tomorrow Never Dies (1997), The World Is Not Enough (1999) and Die Another Day (2002). Brosnan’s first three Bond films earned over a billion dollars at the international box-office and Die Another Day alone garnered nearly half-billion dollars worldwide.

In addition to his work in front of the camera, Brosnan has long had a passion for the art of filmmaking. Having achieved international stardom as an actor, Brosnan expanded the range of his film work by launching his own production company, Irish DreamTime in 1996, along with producing partner Beau St. Clair.

Some of Brosnan’s other accolades include the 2015 Forces for Nature Award bestowed by the Natural Resources Defense Council, the 2011 Caritas Award from St. John’s Health Center Foundation for Brosnan’s extensive community service, and the 2007 Golden Kamera Award for his environmental work. In 2003, Brosnan was awarded an Honorary Doctorate of Arts from the Dublin Institute of Technology, an Honorary Doctorate from the University College Cork, and an Order of the British Empire bestowed by Her Majesty Queen Elizabeth. For over two decades, Brosnan has been an ambassador for HRH Prince Charles The Prince’s Trust as well as an Ambassador for UNICEF Ireland.

Brosnan was born in County Meath, Ireland and moved to London at age 11. At 20, he enrolled in The Oval House and continued his studies at The Drama Center in London. After graduation, Brosnan performed in several West End stage productions including Franco Zeffirelli’s Fulimena and Tennessee Williams’ The Red Devil Battery Sign at the York Theater Royal. Brosnan relocated to Los Angeles in 1982 and immediately landed the role of private investigator Remington Steele on the popular NBC television series of the same name.

This screening is free and open to the public, though RSVPs are required. Please bring a valid USC or State ID or print out of your reservation confirmation, which will automatically be sent to your e-mail account upon successfully making an RSVP through this website. Doors will open at 6:30 P.M.