WELCOME TO THE MEN’S GROUP Stephen J. Johnson Ph.D. (Author of The Sacred Path: The Way of the Spiritual Warrior - Journey to Mindful Manhood)

About Welcome to the Men’s Group

Welcome to the Men’s Group takes us inside the intimate dynamic of an all-male support group when they gather one morning for a ritual breakfast and their unique form of male bonding—One Sunday a month, these eight men refrain from beer and football to sit in a circle where they share their personal issues, in the noble hope of becoming a bit more evolved than their fathers.  On this day, things do not go as planned when one member appears headed for a breakdown, and long-standing conflict and secrets threaten to destroy the trust between the men.

The film delves frankly into themes of male identity, competition, sexuality, and grief.

When stressed out corporate attorney, Larry (Timothy Bottoms), wakes one Sunday morning to find his severely depressed wife missing, he’s in no mood to host a monthly “Men’s Group” at his newly built upscale home.

But that doesn’t stop the oddball “band of brothers” from descending on his new house for their ritual breakfast and unique brand of male bonding.  One Sunday a month, these eight men refrain from beer and football to sit in a circle where they share their personal issues and ask for support.

Today, however, things do not go as planned when business schemer, Carl, (Stephen Tobolowsky) recently separated his wife, casually mentions plans for suicide, which puts everyone on alert.   Latino ex-marine, Eddie, (Terence Rotolo) starts berating a young newcomer, Tom (Mackenzie Astin), for not standing up to his wife; while Michael (Joseph Culp), the passionate college professor, initiates a group exercise involving fathers, sons and Greek mythology that goes off the rails.

An uptight restaurateur, Mohammed (Ali Saam), accuses a New Age social worker, Neil (Phil Abrams), of trying to steal his wife, while the elder Fred (David Clennon), an ex-accountant turned poet, does his best to be the Zen-like voice of harmony.

Against their best efforts to maintain a civilized therapeutic forum, the group descends into chaos.  The men struggle to keep suicidal Carl from going over the edge, and longstanding conflicts come to the surface and threaten to destroy the group’s trust forever.

Provided courtesy of The Orchard. Film is not yet rated. Running time: 130 minutes.?? Visit the Facebook Page: https://www.facebook.com/themensgroupfilm/ 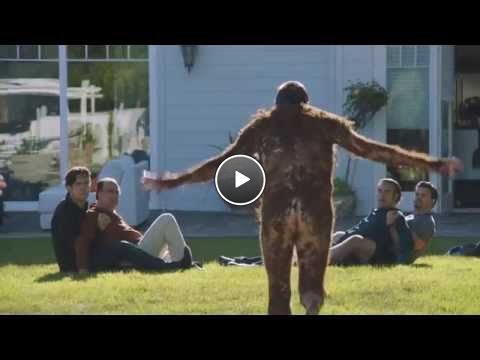