Czech That Film 2016, USC School of Cinematic Arts, and Artcam, invite you and a guest to a special screening of Followed by a Catered Reception in the George Lucas Building Lobby. 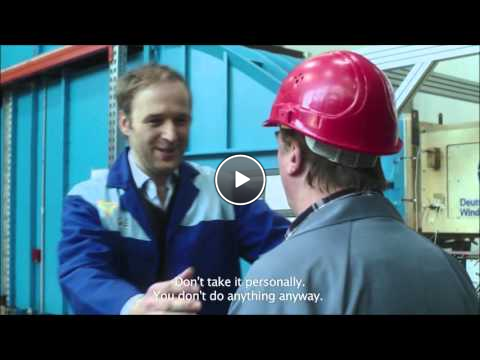 Julius Schmitke is an elderly engineer whose lonely life consists mainly of unexciting work, a chatty young colleague, and the occasional strange allure of the forest. When he is assigned to repair an old turbine, which he had designed and which inexplicably keeps breaking down, he is not exactly excited about his trip to the Czech side of the Ore Mountains. The weird area full of deep forests, decayed mines and equally weird people does not fill him with trust, but when his colleague mysteriously disappears overnight, even Schmitke must head into the trees cloaked in fog. Featuring intertwining comedy exaggeration and mysterious atmosphere, the film was created as a Czech-German co-production.