Movies We Love Presents: THE NAKED GUN: FROM THE FILES OF POLICE SQUAD! (1988)

Movies We Love, USC Comedy, and Paramount Pictures, invite you and a guest to a special screening of 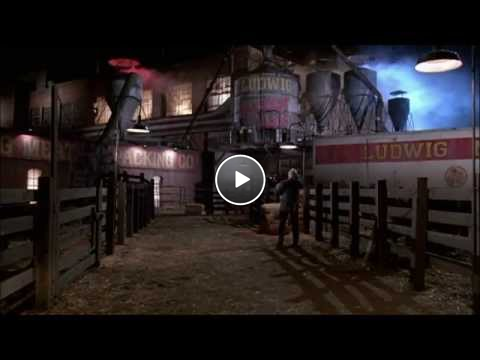 Seeking vengeance when his partner is shot full of holes by drug dealers, Lt. Frank Drebin (Leslie Nielsen) searches for the Mister Big behind it all. Drebin suspects above-reproach shipping magnate Vincent Ludwig, but he can't prove a thing. Bumped from the force by the mayor, Drebin, with the unexpected assistance of Ludwig's ex-girlfriend, manages to nab the bad guy at a baseball game, where Reggie Jackson has been programmed to assassinate Queen Elizabeth.

With worldwide box office hits such as “Airplane!” “Ruthless People,” three “Naked Guns”, “Phone Booth,” “A Walk In the Clouds,” and the record-breaking “Scary Movie 3 and 4,” all to his credit, director/producer/writer David Zucker has become one of Hollywood’s most successful comedy filmmakers.

Starting out after college with a borrowed video tape deck and camera, he, brother Jerry and friend Jim Abrahams created The Kentucky Fried Theater in the back of a bookstore in Madison, Wisconsin.  Moving their hit show to Los Angeles in 1972, they became, in five years, the most successful small theater group in Los Angeles history.

In 1977, ZAZ scored their first movie hit with their independent feature, “Kentucky Fried Movie,”  But it was in 1980 that David, Jerry, and Jim hit on an idea that would create a whole new film genre.  “Airplane!” broke all conventions by featuring dramatic actors like Robert Stack and Peter Graves performing zany dialogue with straight-laced sincerity.  The spoof became the surprise hit of 1980, and after the cult classic “Top Secret!,” spawned the hit movies, "Ruthless People,” and “The Naked Gun,”  after which David went on to create two more “Naked Guns,” “A Walk in The Clouds” and “Phone Booth,”  After directing the comedy classic, “BASEketball,”  starring South Park’s Trey Parker and Matt Stone, David was tapped by Dimension Pictures to revitalize the “Scary Movie” comedy franchise. The result was two more blockbusters. "Scary Movie 3" remains to this day the biggest October comedy opening ever. Currently, David is writing a spoof of Film Noir, “The Star of Malta,”  and hoping to get a return phone call from his agent.

Jerry Zucker began his career in collaboration with his brother, David Zucker, and Jim Abrahams when they formed their production company, known as ZAZ. The team wrote and directed, AIRPLANE! and TOP SECRET. They also directed RUTHLESS PEOPLE starring Bette Midler and Danny De Vito and wrote and produced KENTUCKY FRIED MOVIE. They created the popular feature THE NAKED GUN starring Leslie Nielsen, based on their television series POLICE SQUAD!

In 2008, Jerry and his wife Janet launched the “Science and Entertainment Exchange” in collaboration with the National Academy of Sciences in Washington D.C. The goal of The Exchange is to use the vehicle of popular entertainment media to deliver powerful and positive messages about the importance of science.