The SCA Alumni Screening Series, Starrunner, LLC, and Running Tiger Films, invite you and a guest to a special screening of Learn more about the film at this QR Link: http://www.inpholink.com/occupants.html 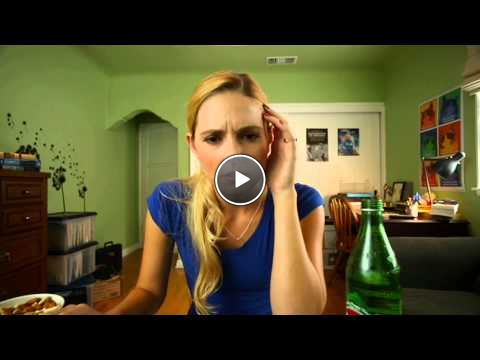 Occupants is about a young couple named Annie and Neil Curtis who plan and produce a 30 day "Clean Living" documentary. Setting up cameras all over their house to document their newly created "lifestyle", these very cameras capture a “parallel” version of themselves from another dimension. At first they can only “see” their parallel selves via the footage they captured. But soon their “doubles” begin threatening the unsuspecting couple, who must find a way to close the dimensional portal they inadvertently created. By consulting Dr. Alan Peterson (played by Robert Picardo) of the Peterson Research Institute, they devise a plan to do just that.

Originally from San Francisco, Russ Emanuel grew up in both Japan and the United States, garnering an international viewpoint of the world throughout his childhood. After graduating from the University of Southern California to study Cinema-Television, International Relations and Japanese, (and gaining more production experience at the UCLA Extension Program), he founded Russem Productions in 2002 in order to promote his short films including HER KNIGHT (2003), the award-winning GIRL WITH GUN (2005), and the documentary RESTORATION OF PARADISE (2014). He also produced several shorts including MAVET (2004), the zombie-flick THE DIARY (2004), the vampire film PERFECT RED (2006), and CULT 11 (2010) and THE MEETING (2013) television series (which he also directed two episodes each). Presently, OCCUPANTS (2015) marks Emanuel's fourth foray into feature filmmaking, after having directed P.J. (2007), CHASING THE GREEN (2009), and THE LEGENDS OF NETHIAH (2012).

A native of Orange County and promising actress, Briana White studied and obtained her B.F.A. at the NYU Tisch School of the Arts as well as the Joy Theatre. She has since then worked as a lead on various films including BOTTLED LIGHTNING, DISTANCE, and LUST. Her television credits include PARTY AT MICAH'S, CRIMINAL MIND, and OUR TOWN. She has more recently been on youtube’s THE REEL REJECTS.

The School of Cinematic Arts invites you to an exciting free screening series featuring a dynamic selection of new feature films by SCA alumni and faculty throughout the Spring 2016 semester. All screenings and events will be free of charge and open to the public, although we do ask for an electronic reservation for each screening, which can be made through the website for each individual screening.