MoviesTO (Movies Totally Obsessed), The USC School of Cinematic Arts, and Warner Bros. Pictures, invite you and a guest to a special INTERACTIVE "Second Screen" presentation of In order to attend, you must bring an Android or iPhone/iPad to the screening. At the event, you will be shown how to download and interact with the MoviesTO app.

MovieTO will have reps at the theater beginning at 6:00pm to assist with downloading the app. Because this interactive event requires the use of an app, we will be there to assist anyone with downloading/answer questions. We will begin the show at 7:00pm with a brief talk about MoviesTO, then Leonard Maltin will introduce the film.

Every person who attends and completes the feedback survey about the MoviesTO App experience will be compensated ($10 - $30 depending on the level of feedback received).

After you have submitted your feedback, stay and speak to MoviesTO associates. There are immediate part-time and full-time paid positions for people who love to write about movies.

About Casablanca (1942), synopsis and review by Leonard Maltin 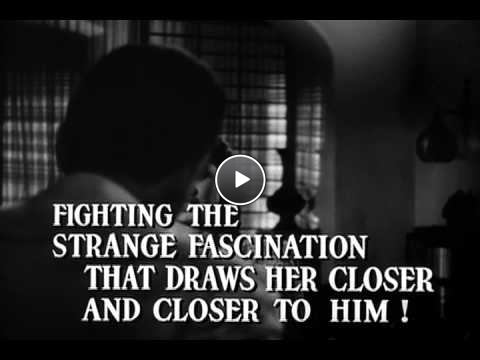 In the midst of World War Two, the North African city of Casablanca is a focal point for would-be emigres, riffraff, refugees from justice, and an American expatriate named Rick (Humphrey Bogart) who runs a popular nightclub and casino. He's running away from something, or someone, and to his surprise she turns up one night: Ilsa Lund (Ingrid Bergman), the companion of a freedom fighter (Paul Henreid). He hopes to continue his work, if he can only get his hands on the all-important exit papers that will enable him to leave the city without being detained by the Germans. Guess who is holding a pair of exit papers?

Casablanca is my idea of a perfect movie. I was lucky enough to see it for the first time when I was young and impressionable, in a theater with an audience, which made it all the more enjoyable. It's often taught as a "model" screenplay and it's easy to see why. It has everything going for it: topicality, romance, suspense, humor, and a point of view. The screenplay by Julius and Philip Epstein and Howard Koch is impeccable, as is Michael Curtiz's dynamic direction. The film is also impeccably well cast, from the stars down to the tiniest bit part: every single person who speaks a line or gets a close-up is colorful and interesting.

Leonard Maltin is one of the world’s most respected film critics and historians. He is best known for his widely-used reference work Leonard Maltin’s Movie Guide and its companion volume Leonard Maltin’s Classic Movie Guide, as well as his thirty-year run on television’s Entertainment Tonight. He teaches at the USC School of Cinematic Arts, appears regularly on Reelz Channel and Turner Classic Movies, and hosts the weekly podcast Maltin on Movies with Baron Vaughn for the Earwolf network. His books include The 151 Best Movies You’ve Never Seen, Of Mice and Magic: A History of American Animated Cartoons, The Great Movie Comedians, The Disney Films, The Art of the Cinematographer, Movie Comedy Teams, The Great American Broadcast, and Leonard Maltin’s Movie Encyclopedia. He served two terms as President of the Los Angeles Film Critics Association, is a voting member of the National Film Registry, and was appointed by the Librarian of Congress to sit on the Board of Directors of the National Film Preservation Foundation. He hosted and co-produced the popular Walt Disney Treasures DVD series and has appeared on innumerable television programs and documentaries. He is the recipient of awards from the Los Angeles Film Critics Association, American Society of Cinematographers, the Telluride Film Festival, George Eastman House, Anthology Film Archives, and San Diego’s Comic-Con International. Perhaps the pinnacle of his career was his appearance in a now-classic episode of South Park. (Or was it Carmela consulting his Movie Guide on an episode of The Sopranos?) He holds court at leonardmaltin.com. Follow him on Twitter and Facebook.