Movies We Love Presents: KIDS IN THE HALL: BRAIN CANDY

Movies We Love, USC Comedy, The Cinefamily, Alamo Drafthouse, and Paramount Pictures, invite you and a guest to a special screening of 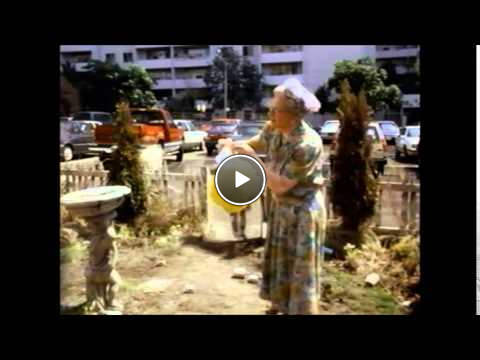 When Roritor Pharmaceuticals finds itself on the verge of bankruptcy, research chemist Chris Cooper (Kevin McDonald) finds himself pressured to push his latest development to market without adequate testing at the risk of losing his job. The product -- Gleemonex, an anti-depressant bearing more than a slight resemblance to Prozac -- seems at first to be a wonder drug; users find themselves in a perpetual state of bliss as they relive their fondest memories time and again. Success goes awry, however, when a fatal side-effect surfaces -- users become catatonics. The craze has caught on, however, and the entire world seems to be taking Gleemonex, forcing Dr. Cooper to fight his employers and warn the masses before disaster strikes.

After dropping out of high school, Foley pursued standup comedy for about a year in the Toronto Second City Training Centre, where he began taking improv classes and met Kevin McDonald who got Foley a job with him as an usher at a local art house movie theatre. In 1987, he played Lewis Allen in the TV mini-series Anne of Avonlea. Together, they formed the original The Kids in the Hall. In October 1988, the group debuted on television, with the cast of Foley, McDonald, Bruce McCulloch, Mark McKinney and Scott Thompson. Foley played some characters, including Hecubus, one of the Sizzler sisters, the A. T. & Love boss, Bruno Puntz Jones, Mr. Heavyfoot, Jocelyn and Lex. The series ended in 1995.

Initially involved with Kids in the Hall: Brain Candy, he left the troupe in the middle of the writing and joined the NewsRadio cast instead. As the remaining Kids still hadn't signed any contract with the studio, Foley agreed to sign a deal, which would allow the rest of the troupe to get paid for the script, though he was convinced that it would never be shot. When it was greenlighted, Foley did the film.  Foley rejoined the troupe in 2000 and has been an integral part of their various reformations. He appeared in the Kids in the Hall 2010 reunion project Death Comes to Town.

Paul Simms, creator of NewsRadio, happened to be a huge fan of Foley's work, and wrote the role of Dave Nelson specifically for him. Much of his character on the show was based on his own personality quirks, including his coffee addiction and his love of the sitcom Green Acres. He was recently reunited with NewsRadio writer Joe Furey, when he recorded the special featurette Working with Joe Furey, an add-on to Furey's comedy Love and Support. Foley released his stand-up special, Relatively Well in January 2013, distributed by Showtime.

In the comedy-thriller The Wrong Guy, Foley played Nelson Hibbert, an office worker who finds his boss murdered, mistakenly believes he will be blamed for the crime and runs off as a fugitive. In A Bug's Life, he voiced Flik, an ant who tries to gain respect for his colony. In 2001, he played the boss of 'N Sync singer Lance Bass in the film On the Line. Foley hosted the CBC Christmas Special, The True Meaning of Christmas Specials, in which he, a Mexican Elvis, Elvis Stojko and Dick Dale travel to Canada in search of the true meaning of Christmas specials. In 2004, Foley became host of Celebrity Poker Showdown on Bravo. In 2007, he appeared in Uwe Boll's film adaptation of the controversial PC game Postal and became the judge for the US version of Thank God You're Here. He portrayed a middle management employee who happens to be a vampire) in the undead office comedy Netherbeast Incorporated (2007) and voiced the disgruntled elf Wayne in the holiday special series, Prep & Landing. He also guest-starred in the 2007 special, Bob & Doug McKenzie's Two-Four Anniversary. He played a high school principal in It's Always Sunny in Philadelphia. In 2011, he appeared in How I Met Your Mother as Marshall's possible future boss, Mr. Bloom. From 2011 to 2012, Foley played Jerry Dunham, the boss of Andrew Carlson (David Hornsby) in the short-lived CBS sitcom How to Be a Gentleman. In 2012 and 2013, Foley played Dr. Fulton, Brick's (Atticus Shaffer) school therapist in The Middle, which in "Life Skills", he refers to Brick's classmates as "the kids in the hall", after an awkward pause and glance by both characters and mentioned their behavior similar to those of comedy sketches from The Kids in the Hall. In February 2013, Foley played Detective Bob in the TV Land sitcom, Hot in Cleveland, starred in the third season of Robson Arms on CTV and also starred CTV's new sitcom Spun Out in 2014. In 2015, it took the role of hospital administrator Pat on the cast on the ABC sitcom, Dr. Ken.

Head Writer, “Kids In The Hall” (CBC, CBS)
Also shot super 8 bumpers and helped put together the running order of sketches in episodes. The show was nominated three times for an Emmy Award in writing. It was also nominated two times for Gemini Awards in the writing category and won two Gemini Awards for best comedy series in 1993 and 1994.

2002 Writer, Co-executive producer (2 seasons) “King Of The Hill” (FOX)
In 1998, an episode I wrote called “And They Call It Bobby Love” won an Emmy Award for Outstanding Animated Program (for programming one hour or less). In 2002, another episode I wrote called “Bobby Goes Nuts” won an Annie Award (ASIFA) for Outstanding Individual Achievement For Writing in an Animated Television Production.  The episode was also nominated for an Emmy Award.

The Cinefamily is a 501(c)(3) nonprofit organization of movie lovers devoted to finding and presenting interesting and unusual programs of exceptional, distinctive, weird and wonderful films. The Cinefamily's mission is to reinvigorate film culture ??by fostering a spirit of community and a sense of discovery. Like campfires, sporting events and church services, we believe that movies work best as social experiences. They are more meaningful, funnier and scarier when shared with others. The Cinefamily was founded in 2007 by brothers Dan and Sammy Harkham and Hadrian Belove, founder of Cinefile Video. We currently average 14 shows per week, many of which are enhanced with special guests, live music, dance parties, potlucks and other kinds of social fun. Over 65,000 patrons visit the Cinefamily annually.