Outside the Box [Office], USC Center for Women and Men (CWM), and The Film Collaborative, invite you and a guest to a special screening of 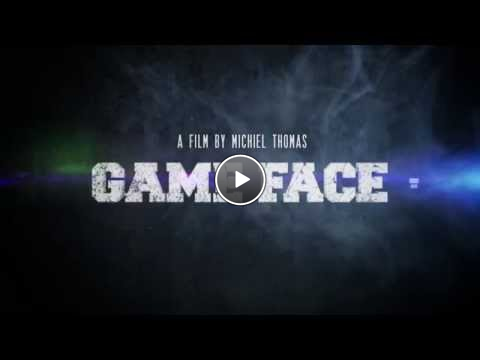 The award winning documentary Game Face tells the parallel story of Fallon Fox, MMAs first transgender pro fighter, and Terrence Clemens, a young, ambitious and talented college basketball player in Oklahoma, who happens to be gay. Both realize that coming out will be necessary for their own sense of integrity and peace of mind, but the lack of a clear roadmap and the unpredictable consequences instill understandable anxiety and caution. Both Fallon and Terrence generously share their inner selves, their strengths and their vulnerabilities, and welcome us into their struggles. Jason Collins, the first openly gay NBA player, and Kye Allums, the first openly trans NCAA D1 athlete, shine as a helping hand and mentor to Terrence and Fallon. I’m a 29 year-old documentary filmmaker originally from just outside Brussels, Belgium. Landing in the City of Angels in 2008, I have been involved in numerous national and international TV productions of the highest stage from politics, Hollywood and sports. I grew up a huge sports fan and when I turned twelve I fell in love with the game of basketball. At the age of sixteen I was selected to be a part of Bree, a Belgian First Division team. For three years I got a taste of professional basketball at the highest level in my country.

WHY I WANTED TO MAKE GAME FACE

I've been openly gay since I was twenty-three. As an athlete I was in denial of my sexual orientation and as a young basketball player I needed a role model to show me I wasn't the only one dealing with those struggles. After I discovered my true identity, I realized many are still misinformed about LGBTQ's players in sports. And that's why I want to make this documentary: to inspire closeted athletes, but also to educate society on these very important issues and topics. In the past we've seen several athletes come out after their career. But I wanted to bring stories of active LGBTQ athletes coming out during their career, to create a better understanding on the hurdles they have to overcome in finding their true selves and acceptance in society.

About the USC Center for Women and Men (CWM)

The USC Center for Women and Men (CWM)/Sexual Assault Resource Center exists to facilitate the success of students, faculty and staff by providing innovative opportunities for leadership and scholarship and by offering advocacy and confidential counseling to those who have experienced gender-related harm. Through its educational programs, the Center fosters a better understanding of feminism, healthy expressions of gender, and gender equity. Above all, The USC Center for Women and Men serves as a haven for students, staff and faculty.

For more information about CWM, visit their website: http://engemannshc.usc.edu/cwm/