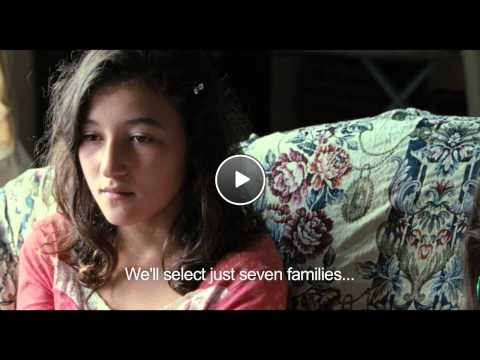 Winner of the Grand Prix at the 2014 Cannes Film Festival and a standout at the New York Film Festival, young Italian filmmaker Alice Rohrwacher's (Corpo Celeste) entrancing, richly textured drama centers on a family of beekeepers living in stark isolation in the Tuscan countryside. The dynamic of their overcrowded household is disrupted by the simultaneous arrival of a silently troubled teenaged boy taken in as a farmhand and a reality TV show (featuring a host played by Monica Bellucci) intent on showcasing the family. Both intrusions are of particular interest to the eldest daughter, Gelsomina (Maria Alexandra Lungu), who is struggling to find her footing in the world, and Rohrwacher conveys her adolescent sense of wonder and confusion with graceful naturalism. The Wonders is dedicated to Karl Baumgartner, an extraordinary producer, who is unfortunately no longer with us.

I remember I had many doubts when I was working on the script and one day I met with him and said: “You know, I like it, but I’m afraid that it won’t appeal to the public.”

I remember very well that he laughed and said, “What, you really think you are so special and unique? Maybe you should start by thinking differently: first of all make something that you and your friends will like. There will be at least a few million others like you in the world, the only problem lies in letting them know that the film exists.”

I’m telling you this because The Wonders is a film that we made first and foremost because we really liked it, because there was joy in it, a desire for narrative, a freedom, and a charm. Because for me, for my producer, for friends, it is a movie about the memory of our present. And so I, not as director, but as the film’s “primary audience,” am pleased to have you see it.

It’s a film that tells the story of an adventurous summer had by four sisters, headed by Gelsomina, the eldest and heir to the special and strange little realm created by her parents. It’s an extraordinary summer, where the rules that hold the family together slacken like a game of seesaw: on one hand they are met with the arrival of a German boy in rehabilitation, on the other with a foray into the territory of a televised prize contest, “The Countryside of Wonders,” led by the mysterious Milly Catena (Monica Bellucci).

I wanted to make this film to illustrate a special love, one between a father and his daughters, full of contradictions and ideals, and above all, to tell the tale of the transformation of the Italian landscape that has always been so central to the history of the arts; be it literature, painting, or film. This landscape, where old and new begin to meet, is turning into a giant theme park for the good times gone-by. The central question was: What do we do with our past? Our families’ past? Our countries’ past?

The film begins in the dark. The light from a group of hunters illuminates a seemingly abandoned house. A house that has always been there. Is there life out there? The light creeps into the rooms, hesitates over objects belonging to a family, discovers the girls asleep, and like magic these ghosts return to life, to love, to seek out more light. It is in some ways what cinema continually does to the world around us.