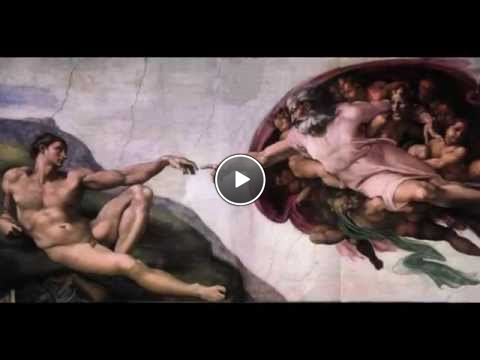 Roadmap Genesis is a film documentary that makes the case that the Book of Genesis is a roadmap containing guideposts on how to live a productive, fruitful, and fulfilling life that will help our society lift itself out of its current decline and return it to prosperity, promise, and accomplishment.

When Filmmaker Nolan Lebovitz found himself at a crossroads in his life, he knew he had to choose between continuing to make the Hollywood suspense thrillers that were his livelihood and trying to make the world a better place for his new young family. After much struggle, he found his answer in the Book of Genesis. Armed with this discovery, Nolan made a drastic life change. He decided to study to become a Rabbi. As his seminary work progressed, he realized that he needed to share his epiphany with others. But how? He decided to combine his love of the Book of Genesis with his passion for filmmaking and set out to travel the United States, interviewing clergy and public figures in order to build an undeniable argument about the continued importance of the Book of Genesis as a guiding force in our Judeo-Christian country.

Roadmap Genesis invites Americans of all faiths to engage in a dialogue about the relevance of the Bible in the modern age. Through interviews ranging from Gov. Mike Huckabee of Fox News Channel to Rabbi David Wolpe, from Alan Dershowitz to the Archbishop of Chicago Cardinal Francis George, from Erick Stakelbeck of the Christian Broadcasting Network to Ken Ham of Answers in Genesis and the Creation Museum, and many, many more, Nolan explores the rules that God has set forth to help us maintain a successful and working society. Nolan Lebovitz was born and raised in the suburbs outside of Chicago. His life goal was to move to Hollywood and become a movie director – so he relocated west to attend the USC School of Cinema-Television. After graduation, he began writing suspense thrillers and ultimately scored a hit in 2008 with “Tortured” starring Laurence Fishburne, Cole Hauser and James Cromwell.

In the midst of living his childhood dream, something changed. Nolan got married and had children. He began to question the world around him, and started looking for answers. He found the answers in the Book of Genesis, and made a drastic life change – He decided to become a Rabbi.

In 2011, Nolan began attending the Ziegler School for Rabbinic Studies at American Jewish University. In 2013, he lived in Jerusalem and attended the Conservative Yeshiva. Currently, Nolan is back at Ziegler and plans on ordination at the end of next academic year.

In late 2012, Nolan decided to merge his two passions – filmmaking and Bible study – and began making “Roadmap Genesis”. “Roadmap Genesis” is a film documentary that makes the case that the Book of Genesis remains more relevant today than ever. Genesis addresses all of the issues we face in our society today. The film displays a variety of sermons — a buffet of opinions by American clergy and public figures speaking about the relevance of Genesis. The movie will invite Americans of faith and socially conscious Americans to engage in a dialogue about the Bible. The interviews include Gov. Mike Huckabee of Fox News Channel, Rabbi David Wolpe, Alan Dershowitz, the Archbishop of Chicago Cardinal Francis George, Erick Stakelbeck of the Christian Broadcasting Network, Pastor Ken Ham of Answers in Genesis and the Creation Museum amongst many, many more.

Nolan has served for the last several years as the Rabbinic Intern at Sinai Temple in Los Angeles. He has also enjoyed writing a blog for JewishJournal.com, which is titled “Israel, Torah and Me”. It has been picked up several times and included in the print edition as well. Nolan is married to his wife Blair, and they have two children and are expecting another literally any day.

The School of Cinematic Arts invites you to an exciting free screening series featuring a dynamic selection of new feature films by SCA alumni and faculty throughout the Summer 2015 semester. All screenings and events will be free of charge and open to the public, although we do ask for an electronic reservation for each screening, which can be made through the website for each individual screening. Many screenings will be overbooked to ensure that capacity is met in the theater. Some screenings will be run from digital sources.