THE ASSASSIN and Eisenstein Award Presentation to Hou Hsiao-hsien

The School of Cinematic Arts, Outside the Box [Office], East Asian Studies Center (EASC), USC Visions and Voices: The Arts and Humanities Initiative, and First Forum, invite you to attend the

And Sneak Preview of The Assassin NOT OPEN TO THE PUBLIC. 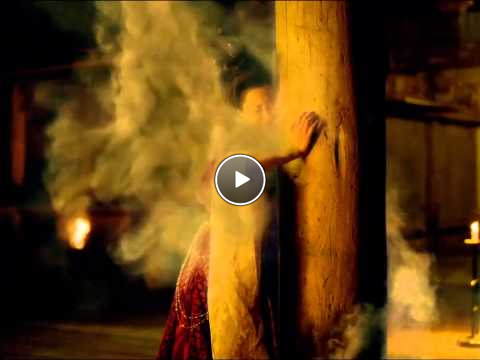 10-year-old general’s daughter Nie Yinniang is abducted by a nun who initiates her into the martial arts, transforming her into an exceptional assassin charged with eliminating cruel and corrupt local governors. One day, having failed in a task, she is sent back by her mistress to the land of her birth, with orders to kill the man to whom she was promised - a cousin who now leads the largest military region in North China.

After 13 years of exile, the young woman must confront her parents, her memories and her long-repressed feelings. A slave to the orders of her mistress, Nie Yinniang must choose: sacrifice the man she loves or break forever with the sacred way of the righteous assassins. After film studies at the Taiwan National University of Arts, Hou Hsiao-hsien worked as an assistant director, notably for Li Hsing. In 1980, he directed his first feature, Cute Girl, which was a box office hit. In 1984, The Boys from Fengkuei further boosted his career. A winner at the Three Continents Festival, this semi-autobiographical tale marked his first collaboration with Chu Tien-Wen, who would become his regular screenwriter. Three highly personal films, largely inspired by his own life, followed: A Summer at Grandpa’s (1984); A Time to Live, A Time to Die (1985, FIPRESCI Award, Berlin International Film Festival), and Dust in the Wind (1986). In 1989, he won the Golden Lion in Venice for A City of Sadness, a political drama that began a trilogy on the history of Taiwan, continuing with The Puppetmaster (1993, Jury Prize, Cannes Film Festival) and Good Men, Good Women (1995).

A co-writer on Taipei Story, directed by his compatriot Edward Yang, in which he played the lead role, and a producer on Zhang Yimou’s Raise the Red Lantern, in 1997 Hou Hsiao-hsien directed Goodbye South, Goodbye, a depiction of contemporary Taiwan, and the following year, Flowers of Shanghai, an enchanting portrait of the world of 19th century courtesans. In 2001, his hypnotic Millennium Mambo revealed actress Shu Qi to the Western world. Cafe Lumiere (2003), a tribute to master filmmaker Ozu Yasujiro, was followed by Three Times (2005), an ambitious film about three love stories set in three different eras, and his sixth selection in Cannes.

Two years later, he directed the short film The Electric Princess House for the 60th anniversary of the Cannes Film Festival, working alongside thirty other major directors to create the collective work To Each His Own Cinema.

In 2008, Flight of the Red Balloon - loosely inspired by Albert Lamorisse’s film, and starring Juliette Binoche - was presented at Cannes in Un Certain Regard.

The powerful and unique filmmaking of Hou Hsiao-hsien - a cineaste of fragments and memories, emotions and sensations - has garnered the attention of several documentary makers, including Olivier Assayas who shot H H H, A Portrait of Hou Hsiao-hsien (2005), Todd McCarthy who enlisted him to speak about one of history’s legendary cinephiles in Pierre Rissient: homme de cinema (2010), and Jia Zhang Ke, who filmed the director’s memories of the city of Shanghai and its upheavals in I Wish I Knew (2011). About the SCA Eisenstein Award

The USC School of Cinematic Arts bestows the Eisenstein Award to world filmmakers for distinguished and visionary contributions to the cinematic arts. Named after the early Russian director and film theorist Sergei Eisenstein—a man who traversed the boundaries of theory and practice and took film into other forms, like language, narrative and musicality—the award has been presented only three times before, in 2003 to French filmmaker Agnès Varda, in 2007 to Costa-Gavras, and in 2011 to Pedro Almodóvar.

James is the author of Written Within and Without: A Study of Blake's Milton (Frankfurt: Peter Lang, 1977), Allegories of Cinema: American Film in the Sixties (Princeton University Press, 1989), Power Misses: Essays Across (Un)Popular Culture (London: Verso Books, 1996), and The Most Typical Avant-Garde: History and Geography of Minor Cinemas in Los Angeles (University of California Press, 2006), and articles and reviews in PMLA, October, Social Text, Representations, Film Quarterly, the minnesota review, Grey Room, Art Forum, and other journals and periodicals. He also edited To Free the Cinema: Jonas Mekas and the New York Underground (Princeton University Press, 1992), The Hidden Foundation: Cinema and the Question of Class (Minnesota University Press, 1996), Im Kwon-Taek: The Making Of a Korean National Cinema (Wayne State University Press, 2002), The Sons and Daughters of Los:Culture and Community in LA (Temple University Press, 2003), Stan Brakhage: Filmmaker (Temple University Press, 2006), and Optic Antics: The Cinema of Ken Jacobs (Oxford University Press, 2011),  and has served on the editorial boards of Cinema Journal, Quarterly Review of Film and Video, Now Time, and Art Week. He has also published two books of poetry, and his films have screened at the Whitney Museum of American Art, the Los Angeles Filmforum and Canyon Cinema in San Francisco. His teaching and research interests currently focus on avant-garde cinema, culture in Los Angeles, East-Asian cinema, film and music, and working-class culture.

Akira Mizuta Lippit is Professor and Vice Dean in the School of Cinematic Arts, and Professor in the Departments of Comparative Literature and East Asian Languages and Cultures in the USC Dornsife College. His interests are in world cinemas, critical theory, Japanese film and culture, experimental film and video and visual studies. Lippit’s published work reflects these areas and includes three books, Atomic Light (Shadow Optics) (2005) and Electric Animal: Toward a Rhetoric of Wildlife (2000), and his most recent book, Ex-Cinema: From a Theory of Experimental Film and Video (2012). At present, Lippit is completing a book on contemporary Japanese cinema, which looks at the relationship of late-twentieth and early twenty-first century Japanese culture to the concept of the world, and another on David Lynch’s baroque alphabetics.

First Forum is co-sponsored by the graduate student organization ZdC and the Cinema and Media Studies department every year to bring academics and industry notables in dialogue on current issues and topics in media studies. This year’s conference, “On the Fringe: Understanding Alternative and Subversive Media” focuses on the broad themes of marginalized media, international cinemas, and experimental voices within mainstream entertainment, and features various special events such as a keynote lecture by Dr. Fatimah Tobing Rony (UC-Irvine), the presentation of the Eisenstein Award to filmmaker Hou Hsiao-hsien, a workshop from the Academy Film Archive, and a special nighttime event with the African American Cinema Society celebrating the legacy of Blaxploitation with filmmaker Melvin Van Peebles, Scott Sanders, and other guests.

This screening and discussion is free of charge and open EXCLUSIVELY to USC Students, Faculty, and Staff ONLY.

Please bring a valid USC ID or print out of your reservation confirmation, which will automatically be sent to your e-mail account upon successfully making an RSVP through this website. Doors will open at 3:00 P.M.