The USC School of Cinematic Arts, Frank Sinatra Enterprises,
USC Visions & Voices: The Arts and Humanities Initiative, and Sony Pictures,
invite you and a guest to a special screening of Presented as part of A Centennial Tribute to Frank Sinatra, taking place November 1st - 8th at the USC School of Cinematic Arts.

View the Calendar of Screenings at: http://cinema.usc.edu/Sinatra 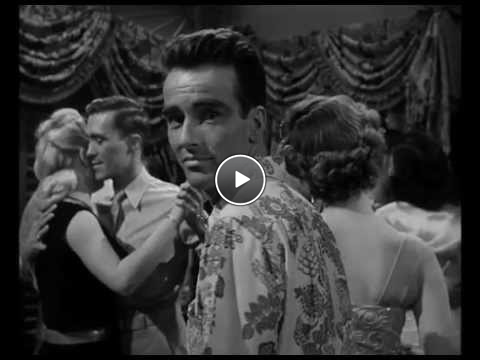 The scene is Schofield Army Barracks in Honolulu, in the languid days before the attack on Pearl Harbor, where James Jones' acclaimed war novel From Here to Eternity brought the aspirations and frustrations of several people sharply into focus. Sergeant Milt Warden (Burt Lancaster) enters into an affair with Karen (Deborah Kerr), the wife of his commanding officer. Private Robert E. Lee "Prew" Prewitt (Montgomery Clift) is a loner who lives by his own code of ethics and communicates better with his bugle than he does with words. Prew's best friend is wisecracking Maggio (Frank Sinatra, in an Oscar-winning performance that revived his flagging career), who has been targeted for persecution by sadistic stockade sergeant Fatso Judson (Ernest Borgnine). Rounding out the principals is Alma Lorene (Donna Reed), a "hostess" at the euphemistically named whorehouse The New Congress Club. All these melodramatic joys and sufferings are swept away by the Japanese attack on the morning of December 7. About A Centennial Tribute to Frank Sinatra

The USC School of Cinematic Arts is honored to join the Sinatra family and the Sinatra Centennial in commemorating Frank Sinatra's 100th birthday with a film retrospective that will celebrate the man, his art, and his iconic career. One of the best-selling musical artists of all time, Sinatra was also a powerful film actor, appearing in 55 films over 44 years, and wining an Oscar for From Here to Eternity. Screenings will be presented from across three genres -- musicals, comedies, and dramas -- and will be accompanied by a lecture and discussion on Sunday, November 8th by Dr. Drew Casper, The Alma and Alfred Hitchcock Professor of American Film.

Produced by Alessandro Ago and Dr. Drew Casper for the USC School of Cinematic Arts, with the generous support and collaboration of Frank Sinatra Enterprises.

This screening is free of charge and open to the public. Please bring a valid photo ID or print out of your reservation confirmation, which will automatically be sent to your e-mail account upon successfully making an RSVP through this website. Doors will open at 6:30 P.M.