Ambulante California 2015, USC School of Cinematic Arts, and WG Film, invite you and a guest to a special preview screening of Followed by a Q&A with filmmakers, TBD

About Bikes vs Cars 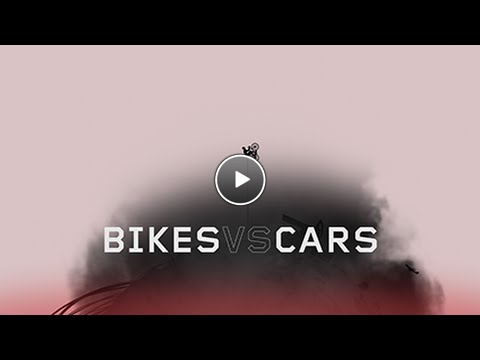 Bikes vs Cars depicts a global crisis that we all deep down know we need to talk about: climate, earth's resources, cities where the entire surface is consumed by the car. An ever-growing, dirty, noisy traffic chaos. The bike is a great tool for change, but the powerful interests who gain from the private car invest billions each year on lobbying and advertising to protect their business. In the film we meet activists and thinkers who are fighting for better cities, who refuse to stop riding despite the increasing number killed in traffic. Born in Malmö, Sweden, a city where the bike is the natural choice for going from one place to another, I’ve traveled the world wondering why there are so few bicycles. Now, the car model as we know it has reached an extreme level with constant gridlock and millions of productive hours lost. Frustration is growing and cities need to look into new models. The new urban biking movement is pushing this development. People simply put a sign on their bike saying “ONE LESS CAR.” A Do-It-Yourself attitude towards a global crisis. It’s a positive message in depressing times. If all cities adopted the model of Copenhagen, where forty percent commute within the city on bikes, it would be a radical change for the world. Something you can measure in health, pollution, oil-usage. And now the conflict. The car, oil and construction industry is in the center of our economic system. They are the ones who don’t want change, and if only in their pace even if the planet needs instant action.

Why the title Bikes vs Cars?

It’s a matter of city planning. Bikes represent a city planning with a human scale where small business thrive. The car supports the shopping malls, the freeway solutions. The film is not about a conflict between motorists and cyclists. A lobby driven city planning have over the years made people car dependent. Also motorists are victims of this effect and they pay with their time in the endless gridlocks.

Why the cities in the film?

Los Angeles is the mother of all freeways, the model that has been copied out over the whole world. Once L.A had the best public transport in the world and now maybe the poorest one. We need to understand that this is not a natural development. It’s lobby driven.

Sao Paulo represents the emerging economies where a consuming middle class is growing. Car sales are booming and frustration is growing. An average commuter spends 3 hours in traffic every day.

Toronto elected a mayor who wanted to “Stop the War on Cars”. Rob Ford might be eccentric but he understands very well that frustrated car dependent citizens vote for candidates who promises to save them from bad traffic. The car dependent vote is an issue in most democracies. Makes change very complicated, also for cities that understands that change is necessary. Copenhagen is the utopia in the film. A city with a human scale where the bike rules also in freezing winter.

Guests from the film are currently TBD. 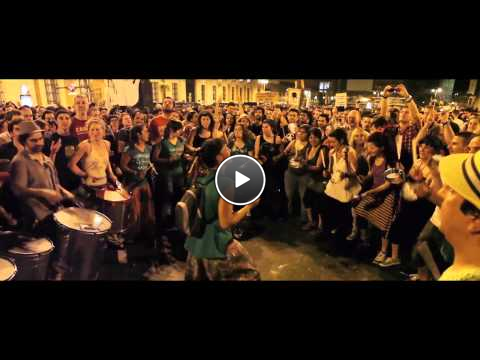 A community-driven, pop up film festival which partners up with local organizations to create free documentary screening events, with the aim of reflecting multicultural perspectives, spark dialogue and sharing communal experiences.

Ambulante California is a 501c3 non–profit organization that focuses on supporting and promoting documentary film as a tool for social and cultural change. The mobile film series travels to areas with limited access to film to diversify and democratize documentary culture.

Ambulante activates unique public exhibition spaces and curates a selection of documentaries that reflect multicultural perspectives, spark dialogue, and enhance cross-cultural appreciation. Ambulante offers 100% of its programming for free. In addition to the annual festival, the non-profit works year round to present community screenings in collaboration with other non-profits and civic organizations. The aim is to build an extensive network of partners to launch Ambulante film tours across the U.S.

(For its inaugural edition, the 2014 Ambulante California Documentary Film Festival partnered with over 40 community partners to organize 15 screening events in 13 different public venues across the Metropolitan Los Angeles Area from September 21 to October 4.)