Invite you to attend a screening, panel, and reception in honor of 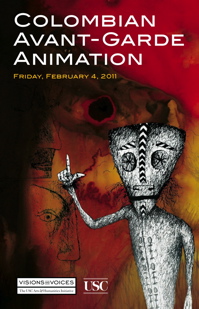 Free of charge and open to the public, no RSVP or reservations necessary.

Join us for a Visions & Voices event featuring rarely-seen animation by Colombia's foremost experimental animation pioneers, Carlos Santa and Cecilia Traslaviña, and two of their students, Diana Menestry and Juan Camilo González. Exploding with powerful metaphors, surreal landscapes, and haunting images, these imaginative animated films were created within a context of a country ravaged by war, illustrating the philosophical and mental struggles of its people in conflict. These innovative experimental films utilize a range of animation techniques, from rotoscoping to under-the-camera animation, challenging concepts of traditional cinema.

The screening will be followed by a panel discussion with filmmakers Santa, Traslaviña, and their former student and current USC MFA student Juan Camilo González; international media scholar Dr. Cristina Venegas; and moderator Dr. Janeann Dill. The conversation will investigate artistic practice within the context of war and the role of the artist in politics.

Following the panel, a reception in the School of Cinematic Arts West Lobby will feature typical Colombian foods such as empanadas and buñuelos, and classic Colombian music.

A website http://www.animamob.com/ will feature a blog detailing information on the event. 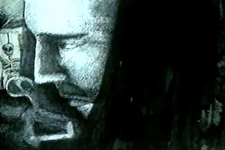 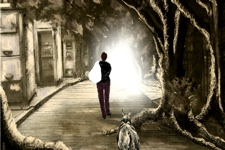 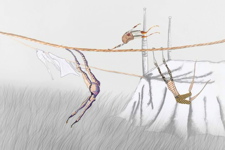 Carlos Santa is the pioneer of experimental animation in Colombia and mentor of many young Colombian artists today. His film work begins with a magical encounter between the fine arts and time. His works are painting, drawings, engravings and sculptures that seduce us for their beauty, but finally shocking for revealing the complex role of contemporary man immersed in his own tragedies. In 1988 with the support of FOCINE he published his film El pasajero de la noche, and in 1994 he exhibited La selva oscura at the Caracas film festival. Both films received critical recognition for their artistic and narrative merits. In 2003 the animated full-length film Bolivar the Hero was released.

Cecilia Traslaviña was born in Bogotá, Colombia in 1960.  She has worked at the Javeriana University since 2000 in the Visual Arts Department, as animation teacher, director of undergraduate works on animation and coordinator of the Experimental Animation course. She had been jury member in international short film festivals in Colombia and gave a lecture about Colombian Animation at the Animamundi Animation Festival in Brazil in 2004. Her last work Almas Santas Almas Pacientes ('Holy Souls Patient Souls') was selected in several international film festivals and also was included in the Colombian Experimental Animation program at the 6th IAFF ReAnimacja in Poland.

USC John C. Hench Division of Animation and Digital Arts, MFA-2
Born in Manizales, Colombia, Juan Camilo González studied Visual Arts at the Javeriana University of Bogotá under the mentorship of Carlos Santa and Cecilia Traslaviña. There he produced his first animated short film "Los Tres Errantes." With the support of the Annenberg Fellowship, he is now pursuing his MFA at the John C. Hench Animation & Digital Arts division at the USC School of Cinematic Arts. In LA he has directed and animated two short films and is currently developing his thesis project. Co-creator of the group "Moebius Animación" (www.animamob.com) dedicated to promote and exhibit artists, films, and research around experimental animation in Colombia and Latin America.

Diana Menestrey Schwieger graduated in 2009 from the fine arts program of the National University of Colombia in Bogotá. She developed her first animation piece "Dist-Ansiando" during 2008 as her thesis film while participating in the exchange program with KHM (Academy of Media Arts) in Cologne, Germany. Her work illustrates complex human internal struggles, its contradictions and reinterpretations, through the use of minimalistic imagery.

Cristina Venegas, who received her Ph.D. in Critical Studies from USC, is Associate Professor in Film and Media Studies at the University of California, Santa Barbara. Her teaching and writing focus on Latin American media, Spanish-language media in the U.S., digital media, international cinema, and cultural studies. She is the author of Digital Dilemmas: The State, the Individual, and Digital Media in Cuba (Rutgers, 2010). She has written about film and political culture, revolutionary imagination in the Americas, telenovelas, contemporary Latin American cinema, co-productions and a monograph dealing with cyberculture in Cuba. She has curated numerous film programs on Latin American and Indigenous film in the US and Canada, and is Co-founder and Artistic Director (since 2004) of the Latino CineMedia International Film Festival in Santa Barbara that is now co-presented with the Santa Barbara International Film Festival. curator of numerous film programs on Latin American, Latino, and Indigenous film throughout the U.S.

An artist, author and scholar, Dr. Dill earned her Ph.D. (2006) in Media Philosophy and Communications from the Europäische Universität für Interdisziplinare Studien Eufis. Presently in revision of a forthcoming book, Thought and Timing, Philosophy of Experimental Animation, Dill earned her M.F.A. (1994) from the Experimental Animation Department at California Institute of the Arts in the School of Film and Video. Dill has presented papers in numerous national and international conferences as a panelist and speaker.

Of interest to Dill is the rise of an international avant-garde in time-based media, i.e., experimental animation, as a nascent interdisciplinary art form borne of cultural isolation, war, or art historical transformation. Awarded an Ahmanson Foundation grant, an Annenberg Foundation Independent Media Grant, a James Irvine Foundation grant, three Artist-In-the-Schools Grants from the National Endowment for the Arts and a Mary Lou Boone Grant for Performance in Experimental Animation and Choreography, her Ph.D. is in Media Philosophy, her MFA is in Experimental Animation, and her M.A. and B.A. are in Fine Arts (Painting, Printmaking, Drawing).  Her film, "Paris Is A Woman" has been screened internationally and was awarded "Best Experimental Short Film" and "Best Directorial Debut in Short Film Category. 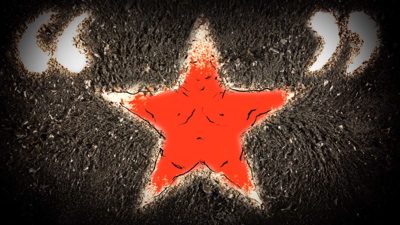 The Eileen Norris Cinema Theatre is located at 3507 Trousdale Pkwy.

Parking passes may be purchased for $8.00 at USC Entrance Gate #5, located at the intersection of W. Jefferson Blvd. & McClintock Avenue. We recommend parking in outdoor Lot M or V, or Parking Structure D, at the far end of 34th Street. Please note that Parking Structure D cannot accommodate tall vehicles such as SUVs. Metered street parking is also available along Jefferson Blvd.

For a map of the USC University Park Campus, click here.