An Evening with Scott Alexander and Larry Karaszewski

An Evening with Scott Alexander & Larry Karaszewski
Writers of Ed Wood, Man on the Moon & The People vs. Larry Flynt

An in-depth Q&A about their professional screenwriting careers
and a screening of their 1996 two-time Academy Award-nominated film
The People vs. Larry Flynt 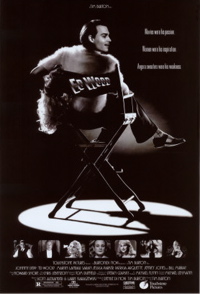 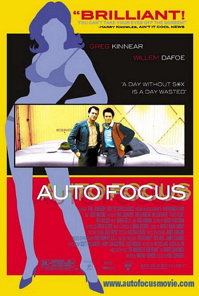 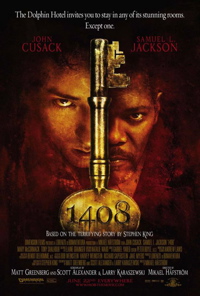 SCOTT ALEXANDER & LARRY KARASZEWSKI first met as freshman roommates at USC's School of Cinema-Television. On a whim, they wrote a screenplay during their senior year, which sold a week after graduation. 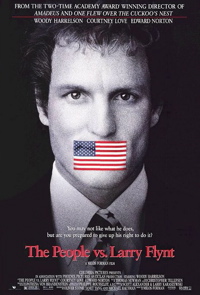 They are best known for writing very unusual biopics with larger-than-life characters. They wrote the highly–acclaimed Ed Wood, for which they were nominated for Best Screenplay by the Writers Guild. They followed this with The People vs. Larry Flynt, for which they won the Golden Globe for Best Screenplay, as well as a special Writers Guild award for civil rights and liberties. They also wrote the extremely postmodern Man on the Moon, the life story of Andy Kaufman. All three scripts have been published in book form.


Otherwise, Alexander and Karaszewski are quite eclectic. They wrote the hit Stephen King adaptation 1408. They produced the Bob Crane biopic Auto Focus, and they wrote and directed the comedy Screwed. They have also written numerous family films: Agent Cody Banks, Problem Child, Problem Child 2 and That Darn Cat. The Problem Child films were subsequently spun off into a cartoon series and TV movie. Currently, they are working on two projects with Tim Burton: they are writing a stop-motion animated version of The Addams Family for Burton to direct. Additionally, he is producing their film Big Eyes, a biopic of the painters Margaret and Walter Keane, which they will write and direct.

Scott Alexander, a native of Los Angeles, started his Hollywood career toiling on low-budget horror films as a music editor. As a director, his work has appeared on MTV and Nickelodeon. He has also written for HBO's Tales From the Crypt and the television series Monsters, which he directed. He is married with three children.

Larry Karaszewski, born and raised in South Bend, Indiana, worked as a film critic for an NBC affiliate's nightly news program before writing and directing Beyond Our Control, a weekly half-hour satirical television show. The Midwest-based series won the Grand Prix Award for television at the Chicago International Film Festival.


TED BRAUN (Moderator) is Associate Professor of Screenwriting in the School of Cinematic Arts. His critically acclaimed first feature film, Darfur Now, won the NAACP Image Award for best documentary of 2007 and was named one of 2007's top five documentaries by the National Board of Review. He is currently at work on a biopic for New Line Cinema, which he'll write and direct, about Lopez Lomong, one of the Lost Boys of Sudan who made the US Olympic track team in the 1500 meters and led the American delegation into the 2008 Beijing Games.

About The People vs. Larry Flynt

"If the First Amendment will protect a scumbag like me, then it'll protect all of you -- 'cause I'm the worst," declares Hustler Magazine publisher Larry Flynt (as played by Woody Harrelson) in the midst of one of his many court cases. Milos Forman's film follows Flynt from his childhood in Kentucky, where he made extra money for his dirt-poor family by selling the moonshine his father brewed, into adulthood as he manages a strip club in Cincinnati. While the club does middling business, the experience changes Flynt's life in two ways: he meets Althea (Courtney Love), an exotic dancer who becomes the love of his life, and he gets the bright idea of starting a magazine to promote the club. Marketed as a crasser, less pretentious alternative to Playboy or Penthouse, Hustler becomes a huge success after Flynt runs a photo series of Jacqueline Onassis sunbathing nude. However, while plenty of people are buying Hustler, there are also plenty of people who don't care for it, including Charles Keating (James Cromwell), leader of a watchdog group called Citizens For Decent Literature. Keating spearheads the first of many legal attacks on the magazine, one of which reaches the Supreme Court as Alan Isaacman (Edward Norton), Flynt's lawyer, debates the finer legal points of bad taste with the justices of the highest court in the land. Meanwhile, Flynt makes a fortune, loses the use of his legs after an attack by a sniper, and embraces and than abandons Christianity. 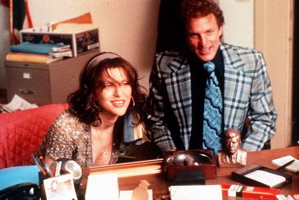 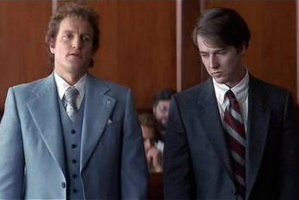 A new speaker series hosted by the SCA Writing Division, featuring in-depth Q&As with many of Hollywood's top screenwriters and directors. Admission is free, although you must be a USC student, faculty, staff or alumnus to attend.

This event is free of charge and open to all USC students, faculty, staff and alumni. Please bring a photo ID or print out of your reservation confirmation, which will automatically be sent to your e-mail account upon successfully making an RSVP through this website. Doors will open at 6:30 P.M.