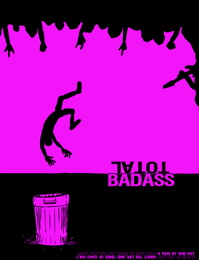 Followed by a Q&A with Bob Ray and Chad Holt

FREE ADMISSION. OPEN TO ALL.
MAKE A RESERVATION

An insanely funny and wickedly debaucherous new documentary about crime, sex, art, drugs, music and life in the Austin underground.

Texas filmmaker Bob Ray catapults the Austin subculture onto the big screen, reveling in its inspiring, unique and deliriously offbeat glory. With his latest documentary, Total Badass, Bob Ray takes you on an outrageous and hilariously seedy adventure into the Austin underground music and arts scene via wild man-about-town, social deviant, musical/stunt performer, sex addict, Guinea pig enthusiast, writer-publisher, father, weed dealing felon and local maniac Chad Holt. Exploiting life as his unwitting canvas, Chad's take-no-prisoners artistry flares up like napalm as he strives to make his creative mark. Strap in for the riotous ride and follow this icon of the Austin counterculture as he blazes through his final year of felony probation, living his own brand of civil disobedience while manning the helm of a family crisis and going out smokin! 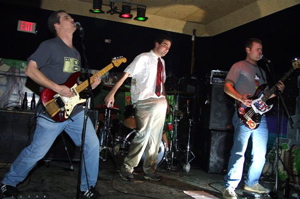 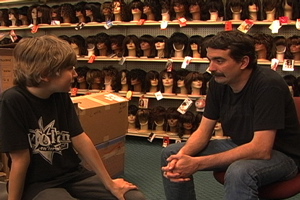 Under the Austin, Texas based CrashCam Films moniker, Bob Ray catapults the Austin counterculture onto the big screen, reveling in its inspiring, unique and deliriously offbeat glory. Frequently fusing comedic elements into tense and dramatic scenarios, his films push cinematic boundaries while challenging and delighting viewers.

Ray's work includes the critically acclaimed roller derby documentary Hell on Wheels, myriad short films and music videos for Nashville Pussy, Riverboat Gamblers, Fuckemos, Golden Arm Trio and more. Bob Ray frequently collaborates with musical pioneers like …And You Will Know Us By The Trail of Dead and Butthole Surfers, and he has worked with The Polyphonic Spree, Black Eyed Peas, Blur, Jurassic Five, Modest Mouse, Clinic, Hank Williams III, X-Ecutioners, Eels and many other artists. His films have screened as official selections in over 70 film festivals as well as cinemas all over the world (BAM Cinematek, SXSW, American Cinematheque at the Egyptian in L.A., Australian Centre for the Moving Image, etc.). In 2003, Ray received a High Times Magazine nomination for a Stony Award for his first feature film, Rock Opera. Ray's raucous, sidesplitting CrashToons animated shorts have been featured on Turner Network's SuperDeluxe.com, Playboy.com and Comedy Central's Atom.com.

I was born on Galveston Island off the Texas Gulf Coast in 1972 and a dog bit me in the face in LaMarque when I was about five years old. I moved to Lake Jackson, Texas in the eighth grade and eventually rose to power as Brazoswood High School's Student Body President, 1991. I moved to Austin to go to The University of Texas where it took me eight years to get a bachelor of arts in sociology. I was in some bands at that time, but they all sucked. I've been in a couple since, but they're even worse. I started writing in about 2002 and have even published a shitty magazine along with my friend, Beky Hayes. I'm a very good writer, and just wish I could have somehow made that clear over the course of this biography that you are reading. I've been in a couple of Bob's "movies" and then maybe a handful of other film projects. In 2003, I got a felony conviction for counterfeiting a registered trademark and engaging in organized criminal activity for selling a bunch of fake SXSW wristbands, but I am better known locally for my weed-dealing. I’ve also got kids.

About the SCA Summer Screening Series

The SCA Summer Screening Series is a showcase for upcoming releases highlighting world cinema, documentary and independent film titles, as well as current Hollywood blockbusters, reflecting the full spectrum of diverse, challenging and entertaining filmmaking being produced in the world today. The screenings will take place in the School of Cinematic Arts Complex theaters, as well as in Norris Cinema Theatre, whenever specified.

This screening is free of charge and open to the public. Please bring a photo ID or print out of your reservation confirmation, which will automatically be sent to your e-mail account upon successfully making an RSVP through this website. Doors will open at 6:30 P.M.