An Evening with AMPAS Presidents Sid Ganis and Thomas Sherak

An Evening with AMPAS Presidents
Sid Ganis and Thomas Sherak

Former AMPAS president Sid Ganis and current AMPAS president Thomas Sherak will discuss the work of the Academy of Motion Picture Arts and Sciences, including the behind-the-scenes of the annual Academy Awards, the Academy's outreach and restoration projects and the resources available to SCA students.

Open to all USC Students, Faculty, Staff and Alumni

Sid Ganis founded Out of the Blue… Entertainment in 1996 following a distinguished career as an executive at several major studios. Based at Sony Pictures Studios in Culver City, California, Out of the Blue… most recently produced the Lionsgate/2929 feature film Akeelah and the Bee, in association with Reactor Films. Written and directed by Doug Atchison and starring Laurence Fishburne, Angela Bassett, and Keke Palmer, Akeelah and the Bee tells the heartwarming story of a young girl's journey to compete in the Scripps National Spelling Bee, uniting her family and community along the way. 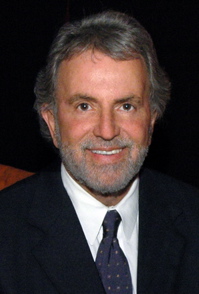 In 2005, Mr. Ganis was elected President of the Academy of Motion Picture Arts and Sciences and completed the maximum of four, year-long terms. He now serves as Immediate Past President.

Prior to founding Out of the Blue…, Mr. Ganis held various positions at Sony Pictures, including Vice Chairman of Columbia Pictures and President of Worldwide Marketing for Columbia/Tristar Motion Picture Companies.

Before joining Sony Pictures Mr. Ganis served for five years at Paramount Pictures. As President of the Motion Picture Group he green-lit the box-office hit Ghost and purchased the rights to Winston Groom's novel Forrest Gump, which would go on to win six Academy Awards including Best Picture. Previously, Mr. Ganis served as Senior Vice President of Lucasfilm, Ltd., working closely with George Lucas on the production and marketing of The Empire Strikes Back, Raiders Of The Lost Ark, and other films. Mr. Ganis won an Emmy for producing the behind-the-scenes documentary The Making Of Raiders….

Thomas Sherak, whose remarkable career has seen him at the pinnacle of motion picture marketing, distribution and production, is now serving as President of the Academy of Motion Picture Arts and Sciences, and is also consulting for Marvel Studios and Relativity Media. 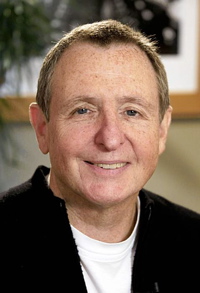 In 1990 Sherak was named Executive Vice President of Twentieth Century Fox. Previously, he was President of Domestic Distribution and Marketing for Twentieth Century Fox from May 1983 to September 1984, and again from June 1986 to July 1990. In that position, he supervised the company's domestic distribution, advertising/publicity/promotion operations and the non-theatrical film division. He has overseen the marketing and distribution of such films as Romancing the Stone, Commando, Aliens, The Fly, Broadcast News, Predator, Wall Street, Die Hard, Working Girl, The War of the Roses, Die Hard 2, Home Alone, Edward Scissorhands and Die Hard: With a Vengeance. Sherak joined Fox from General Cinema, where he was Vice President and head film buyer.

Sherak began his career in the film industry at Paramount Pictures in 1970 where he worked in the New York, Washington, D.C. and St. Louis distribution offices.

Sherak holds a degree in Marketing from New York City Community College and is on the faculty of the UCLA Producers Program. 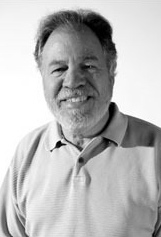 Prior to establishing his own global marketing company where his clients ranged from PepsiCo to the WB Network, Weitzner served as president, Worldwide Marketing for 20th Century Fox, Universal Pictures, Embassy Pictures and Palomar Pictures. In the same position at MCA/Universal Studios Recreation Services Group, his team was responsible for the company's theme parks and Universal CityWalk and coined the term "ride the movies" to describe King Kong and the other film-inspired attractions that grew to become the most popular in the park.

This event is free of charge and open to USC students, faculty, staff and alumni ONLY. Please bring a photo ID or print out of your reservation confirmation, which will automatically be sent to your e-mail account upon successfully making an RSVP through this website. Doors will open at 6:30 P.M.