Contemporary Japanese Cinema: Outside, Elsewhere, In the World...

The School of Cinematic Arts and
Visions and Voices: The USC Arts & Humanities Initiative
Invite you and a guest to a special film celebration

The resurgence of Japanese cinema in the 1990s dramatically reconfigured the aspirations, practices and reception of one of the largest and most continuous film cultures outside of the United States. This three-day event features films by three contemporary Japanese filmmakers whose work has crossed national borders and been viewed outside of Japan, elsewhere, in the world: Shinji Aoyama, Shunji Iwai and Ryuhei Kitamura.

Aoyama, also an acclaimed novelist, is the internationally renowned director of Eureka (2000) and Sad Vacation (2007). Iwai, who began his career as a visual artist and a maker of music videos, has enjoyed tremendous popularity throughout Asia, most notably in South Korea, China and Taiwan. Among Iwai's remarkable films are Love Letter (1995) and his dark reflection on adolescence, All About Lily Chou-Chou (2001). Kitamura, who also began his career as a visual artist, studied in Australia before becoming a prominent member of the film industries of both Japan and Hollywood with films such as Godzilla: Final Wars (2004) and an adaptation of Clive Barker's Midnight Meat Train (2008).

Keisuke Kitano, one of Japan's most energetic new film critics and scholars, will offer illuminating commentary throughout the festival. All films will be screened in Japanese with English subtitles.

7:00 P.M. -- Baton (2009), 50 minutes
Written by Shunji Iwai, Directed by Ryuhei Kitamura
Set in three 20 minute parts, the animated sci-fi film Baton is a miraculous collaboration between Shunji Iwai of Swallowtail Butterfly and Ryuhei Kitamura of Versus & Azumi. Produced for the 150th Anniversary of the opening of Yokohama port, this futuristic film follows two main characters, Apollo and Michal, who will live side by side on a future earth with intelligent robots.
MAKE A RESERVATION

8:00 P.M. -- Hana and Alice (2004), 135 minutes
Written and Directed by Shunji Iwai
Director Shunji Iwai captures the coming-of-age experience of Japanese youth though his vivid portrayal of Hana (Anne Suzuki) and Alice (Yu Aoi), two childhood friends who find themselves caught between love and friendship. Lucid in its observations yet tinged with the hue of nostalgia, Hana and Alice offers an enchanting poem on youth in Iwai's latest ode to adolescence.
MAKE A RESERVATION 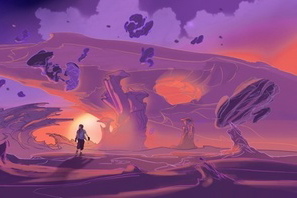 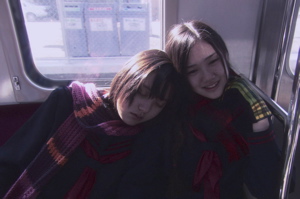 7:00 P.M. -- Azumi (2003), 128 minutes
Written by Rikiya Mizushima and Isao Kiriyama, Directed by Ryuhei Kitamura
Young assassins trained in seclusion emerge with a mission to thwart another civil war in 19th century war-torn feudal Japan. When one of their targets turns the tables on them, it comes down to the strongest assassin, Azumi, to face an entire army. Director Ryuhei Kitamura shows off his ability for extensive storylines, sword fights, martial arts and action sequences.
MAKE A RESERVATION

10:30 P.M. -- Party at the School of Cinematic Arts Complex, Steven Spielberg Building lobby. Food and beverages will be provided. 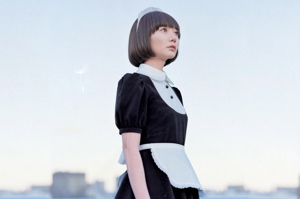 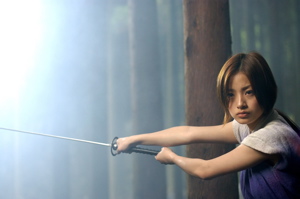 
12:00 P.M. -- Eureka (2000), 217 minutes
Written and Directed by Shinji Aoyama
Shinji Aoyama's Eureka is a serene and resonant meditation on the psychological scars wrought upon the victims of terror and violence and of the courage and inner strength they must find to survive.
MAKE A RESERVATION

4:00 P.M. -- Sad Vacation (2007), 136 minutes
Written and Directed by Shinji Aoyama
A damaged man experiences a series of odd coincidences that send his life careening down a path he never anticipated in director/screenwriter Shinji Aoyama's semi-sequel to his critically acclaimed 2000 drama Eureka. Aoyama forces even the uncertain drifter to try and make sense of his own fractured existence when the past and the future come crashing together.
MAKE A RESERVATION 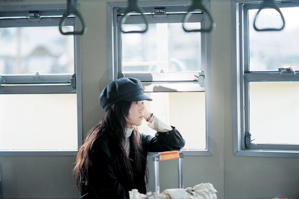 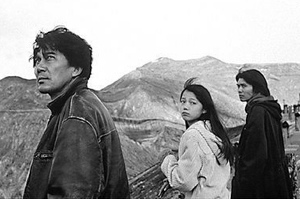 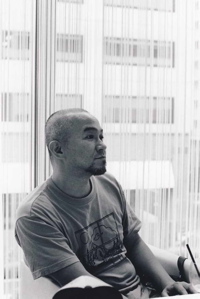 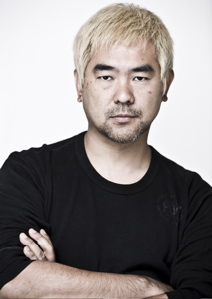 Kitamura Ryuhei graduated from the School of Visual Arts in Australia and started his own independent film production studio, Napalm Films. His film Versus (2000) won him international acclaim, and he has written and directed commercially-popular TV dramas and films including the manga-adapted action film Azumi (2003), which features a teenage female ninja. His other directorial works include Versus 2 (2010), Tekon (2010), Baton (2009), Midnight Meat Train (2008), LoveDeath (2006), Godzilla: Final Wars (2004), Longinus (2004), Sky High (2003), Aragami (2003), The Messenger (2002), Alive (2002), Down to Hell (1997), and Heat After Dark (1996). Currently residing in the United States, Kitamura's cross-cultural work has gained him international popularity and recognition. 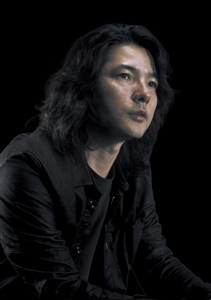 Iwai Shunji graduated from Yokohama National University, directing TV dramas and music videos before he began directing award-winning feature films. Love Letter (1995) was his first film released in the U.S. in 1998 and immensely popular in Asia, followed by the commercially-successful film, Swallowtail Butterfly (1996), which follows the lives of three immigrants in a fictional Tokyo, Yen Town. He collaborated with Takeshi Kobayashi to create the soundtrack music for both Swallowtail Buttterfly and All About Lily Chou-Chou (2001), a his dark reflection on adolescence. His other films include New York, I Love You (2008), The Kon Ichikawa Story (2006), April Story (1998), Swallowtail Butterfly (1996), Picnic (1996), Love Letter (1995), and Undo (1994).

His latest project, Bandage, is a film about the Japanese indie Rock scene set in the early 1990s.

KEISUKE KITANO
Keisuke Kitano is Professor of Image Arts and Sciences at Ritsumeikan University in Kyoto, Japan. An wide-ranging film critic and scholar in Japan, he has most recently published Introduction to Theories on Visual Images in 2008, which is his fourth book. He has written on Japanese cinema, American cinema, visual culture, and new media. He has organized and participated in numerous panels and symposia on film studies, performance studies, social sciences, and architecture in Japan and abroad, including in Germany at The Berlin Film Festival in 2008 and in Egypt at The Cairo International Festival of Experimental Theatres in 2008. He is a founding editor of ecce, a new journal of visual culture.

YOUNGMIN CHOE
Youngmin Choe is Assistant Professor of Korean Visual Culture in the Department of East Asian Languages and Cultures at USC. She received her PhD in Asian Studies at the University of California, Berkeley in 2007. Herself a product of transnationalism, Professor Choe's research interests include Korean Film and Culture, Contemporary East Asian Visual Culture, Trans-Asian Cinema, Tourism Studies, and Cultural Studies. She has written articles on contemporary Korean films by the directors Hong Sang-su and Hur Jin-ho. She is currently working on a book entitled Tourist Distractions: Traveling and Feeling in Korea's Trans-Asian Cinema.

He has published widely in international venues, and his work has been translated in French, German, Italian, Japanese, and Korean and his articles have appeared in scholarly journals of film, literature, and culture, as well as in national and international exhibition and museum catalogues and scholarly anthologies.

Lippit serves regularly on juries at film festivals and for media organizations, and has been active in the film community as an interviewer of independent filmmakers and video artists. He remains deeply involved in the intellectual community of Japan, where he regularly teaches, lectures, and publishes.

All screenings are free of charge and open to all USC students, faculty, staff and alumni. The theater will be OVERBOOKED to ensure capacity and the RSVP list will be honored on a first-come, first-serve basis, with no reserved seating. Please bring a photo ID or print out of your reservation confirmation, which will automatically be sent to your e-mail account upon successfully making an RSVP through this website. Doors will open at 30 minutes prior to showtime.

In 1975, the USC College of Letters, Arts and Sciences established the East Asian Studies Center (EASC) in order to provide dedicated leadership, coordination and support for the growing interdisciplinary education, research activity, and community outreach concerning East Asia. EASC has been recognized as one of the nation's leading centers for the development of East Asian area studies and is among a small group of elite colleges and universities to be designated a National Resource Center for East Asian studies by the U.S. Department of Education.

To learn more about the EASC, visit: http://college.usc.edu/east_asian_studies/

For more information about upcoming programming and events offered by Visions and Voices: The USC Arts & Humanities Initiative, please visit their website.