The conversation with Yuri Norstein will be guided by Ukranian animator Igor Kovalyov.

Free admission. Open to the public.
Followed by a dessert reception in front of the theater. 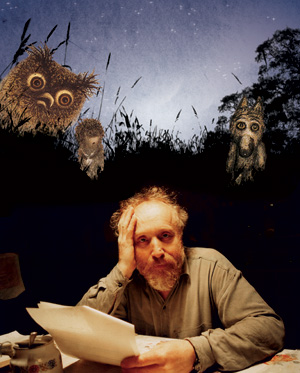 Yuri Norstein is the highly esteemed Russian animator whose critical acclaim in the animation community matches that of Walt Disney, John Lasseter, and Hayao Miyazaki. Known as “the Pushkin of animation”, Norstein’s films have won countless awards at prestigious film festivals around the world.  At the 1984 Los Angeles Olympic Arts Festival, Norstein’s Tale of Tales was voted the “Greatest Animated Film of All Time” by an international jury.

Norstein’s films, Tale of Tales, Hedgehog in the Fog, and Heron and the Crane, demonstrate an unprecedented approach and expertise of animation, while acting as a window into the intimacies of Soviet Russian culture. Norstein eloquently depicts the human condition through the portrayal of Russian folklore, while transcending cultural and generational boundaries. His films are deeply rooted in Russian literature, history, and folklore, yet his messages are layered and complex, designed to elude the artistic censors of the times. His hand-made, cutout animation technique is also multi-layered. Norstein expertly animates his beautifully rendered characters and backgrounds on multiple planes of glass to create sophisticated and three-dimensional environments.

Igor Kovalyov is a world-renowned animator and a former pupil of Yuri Norstein. Both his short films Milch and Bird in a Window took the Grand Prize at the Ottawa International Animation Festival in 2005 and 1996 respectively. He directed The Rugrats Movie and several tv episodes of Rugrats and Aaahh!! Real Monsters for Klasky-Csupo Production Company.

Hedgehog in the Fog

Based on a children’s story by Sergei Kozlov, “a small hedgehog, with a curious nature and a philosophical bent, goes to visit his friend the bear, but on the way, lost in the fog, he meets a horse, a dog, an owl, and a fish."

Heron and the Crane

A delightfully absurd, comic-tragedy of “two lonely birds desperately wanting to get together, but unable to overcome the barrier of their differently shaped necks.” Norstein was inspired by a Nikolai Gogol story about an old couple that wasted their lives bickering about trifles.

A non-linear, poetic film about the nature of memory. The viewer is introduced to a “series of ideas - war, peeves, childhood, poetry, philistinism, hospitality” –through the beauty of the natural world “opening up like a concertina, widening out and then finally squeezing down to one simple sound: 'Life'.”

As a special treat for the Norris audience, Norstein will present a preview of his feature-length film adaptation of Nikolai Gogol’s Overcoat.

[Note: All quotations and images are from the book: Kitson, Clare. Yuri Norstein And Tale of Tales An Animator's Journey. New York: Indiana UP, 2005. Print.] 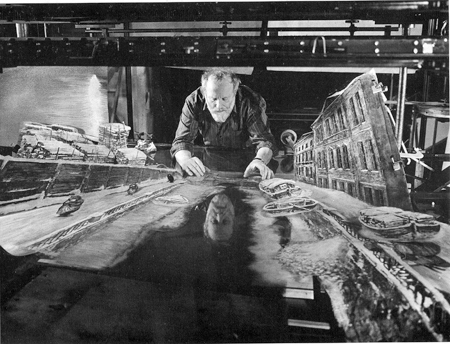 This is event is proudly sponsored by

Kudos and a debt of gratitude to SCA graduate students Elyse Kelly and Konstantin Brazhnik, without whom this event would not be possible. They proposed and received a 2009 USC Provost Visiting Scholars grant to bring Yuri Norstein to USC.

All screenings are free of charge and open to the public. The theater will be OVERBOOKED to ensure capacity and the RSVP list will be honored on a first-come, first-serve basis, with no reserved seating. Please bring a photo ID or print out of your reservation confirmation, which will automatically be sent to your e-mail account upon successfully making an RSVP through this website. Doors will open 30 minutes prior to showtime.