A lecture about the legacy of Slavko Vorkapich 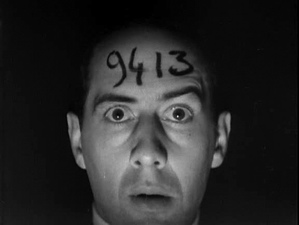 OPEN TO ALL USC STUDENTS, STAFF, FACULTY AND ALUMNI

Harvard Professor Vlada Petric will discuss the life and career of former USC Department of Cinema chairman Slavko Vorkapich, one of the most important early film theorists and practitioners of montage editing, as well as a pioneer of American experimental cinema. Throughout the lecture, Dr. Petric will screen examples of Vorkapich's landmark montage sequences and short films, including The Life and Death of 9413: A Hollywood Extra (1927), while discussing his theories of "kinesthesia" and "synthesia", and the legacy of his work on film editing. Dr. Petric will also screen his own digital essay, Symphony of Hands, dedicated to Vorkapich.

Slavko Vorkapich (1894 – 1976) was both a major film theorist and a distinguished Hollywood practitioner of his own famous theory of montage editing. His forty-year career in Hollywood included providing montage sequences for such directors as Howard Hawks, George Cukor and Frank Capra. Vorkapich was also a pioneer for the American experimental film, having co-directed The Life and Death of 9413: A Hollywood Extra (1928) with Robert Florey, and Moods of the Sea (1941) and Forest Murmurs (1947) with filmmaker John Hoffman (1904-1980). 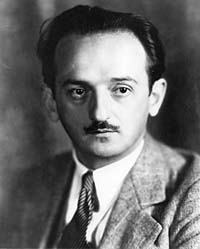 He is best known for his montage work on Hollywood films such as Viva Villa (1934), David Copperfield (1935), San Francisco (1936), The Good Earth (1937), and Mr. Smith Goes to Washington (1939). The now-common montage sequence often appeared as notation in Hollywood scripts of the 1930s and 40s as the "Vorkapich", because of his mastery of dynamic visual editing, wherein time and space are compressed using a variety of editing techniques and camera moves. Vorkapich used kinetic editing, lapse dissolves, tracking shots, creative graphics and optical effects for his own stunning montage sequences for such features as Meet John Doe, Maytime, Crime without Passion, Manhattan Melodrama, Firefly, and Manhattan Cocktail.


The first account of Vorkapich's theory of cinema and his montage sequences appeared in David James' The Most Typical Avant-Garde: History and Geography of Minor Cinemas in Los Angeles (Berkeley: University of California Press, 2005), pp. 70-77. 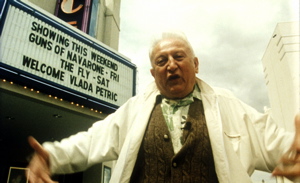 Petric has also directed several experimental films, including: The Fatal Thirst (20 min., 1956), The Cage (50 min., 1966), Light Play: A Tribute to Moholy-Nagy (30 min., 1990), Symphony of Hands – video essay (10 min., 2008) and The Wall of Memories – video essay (1997, a work in progress). He has produced numerous theater and television plays in the former Yugoslavia and most recently organized the conference on “Cinema d’Auteur” in Belgrade in 2008, on the basis of which the book, Entertainment or Art: The Quandary About Film d’Auteur, was published (2009).

He is presently working on a short digital essay, Mercyfull Angel – Mercysless Angel, “dedicated” to the tenth anniversary of the NATO bombing of Serbia, and the video book on Slavko Vorkapich.

ABOUT SYMPHONY OF HANDS - in three digital movements -
Cambridge/Belgrade, 2007-8, 10min.

This video essay is dedicated to Slavko Vorkapich, who devoted his entire career to film as a unique means of artistic expression, which he called "True Cinema," achieved through the kinesthetic movement on the screen, without verbal communication. The master of montage, Vorkapich - also known as Vorky - demonstrated his concepts in numerous Special Effect sequences, made for Hollywood movies, as well as in his documentary and short films, including Forest Murmurs (1940), based on Richard Wagner's score, and Moods of the Sea / Fingal's Cave (1941), inspired by Felix Mendelssohn's music.

Structures "in three digital movements," Symphony of Hands contains 125 shots, mostly close ups chosen from over 400 reproductions, and edited according to the rhythm of three musical pieces (Henry Purcell's The Fairy Queen, Steven Mokranjac's Orthodox Liturgy, and Charles Mingus' Haitian Fight Song). The first "movement" consists of hands (in close-ups) extracted from Renaissance paintings; the second from Byzantine/Serbian medieval frescoes; the third from contemporary photographs, including a single shot form cinema (a close up of the machine gun in Howard Hawks' Scarface, 1932). Selected images were scanned from reproductions and slides of the original works, without the use of either a film or video camera.

This screening is free of charge and open to all USC students, faculty, staff and alumni. The theater will be OVERBOOKED to ensure capacity and the RSVP list will be honored on a first-come, first-serve basis, with no reserved seating. Please bring a photo ID or print out of your reservation confirmation, which will automatically be sent to your e-mail account upon successfully making an RSVP through this website. Doors will open at 6:30PM.