Priya Jaikumar is Professor of Cinematic Arts in the Division of Cinema and Media Studies. A historian and theorist of film, she has written on colonial cinemas, postcolonial theory, South Asian and European commercial, art and non-theatrical films, comparative modernities and aesthetics in film, critical theories of film history, place and space in cinema, film and cultural geography, and transnational feminism. Her current work is in the fields of environmental and elemental humanities, particular in relation to the Global South.

Jaikumar’s widely reviewed first book Cinema at the End of Empire: A Politics of Transition in Britain and India (Duke University Press, 2006) details the intertwined industrial, regulatory and aesthetic histories of British and Indian cinema during the late colonial period (1927-1947). Her second book, Where Histories Reside: India as Filmed Space (Duke University Press, August 2019) examines eight decades of films shot on location in India to show how attending to filmed space reveals alternative timelines of cinema. Winner of the British Association of Film, Television and Screen Studies Best Monograph Award (BAFTSS), the book has been notable for its definition and exploration of a “spatial” film historiography. A prior publication related to this book titled “An ‘Accurate Imagination’: Place, Map and Archive as Spatial Objects of Film History” published in Lee Grieveson and Colin McCabe’s Empire and Film received the Society for Cinema and Media Studies award for best essay in an edited anthology. In 2020, Jaikumar received USC's Phi Kappa Phi Faculty Recognition Award for major achievement in research.

Jaikumar’s scholarly work has appeared in journals such as MARG, Positions, Cinema Journal, The Moving Image, Post Script, Screen, World Literature Today, VLT, and in the anthologies Hollywood Abroad, Transnational Feminism in Film and Media, Postcolonial Cinema Studies, Silent Cinema and the Politics of Space, The Slumdog Phenomena, Empire and Film and Routledge Companion to Cinema and Gender, among others.  At the Division of Cinema and Media Studies, Jaikumar offers seminars and lecture courses at the undergraduate and graduate level on world cinemas, theories of space and place in film, colonialism and cinema, film and memory, refugee and stateless cinemas, critical theories of history and modernity, postcolonial theory, state theory, Indian cinema, and more.

Prior to her academic life, Jaikumar was a television reporter and print journalist in New Delhi, India, and publishing her writings with The Times of India, The Indian Express, and the journal A&M (Advertising and Marketing). Her more recent appearances on television as a cultural commentator include Al Jazeera’s “Hollywood: Chronicle of an Empire” hosted by Marwar Bishara (March 2014), and the German documentary “Tiki-Pop: Paradise Remade” (ARTE channel, Germany, 2016). 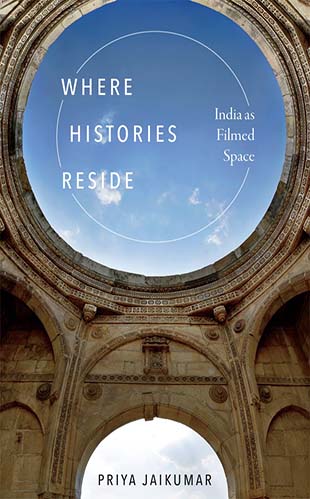 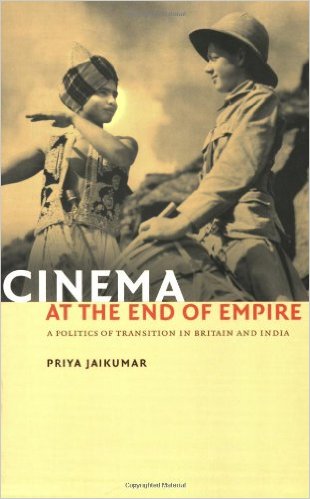