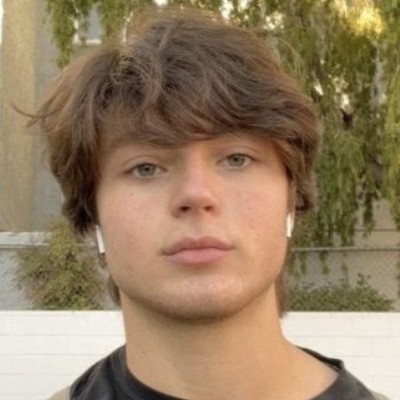 Hey! My name is Hunter D’Ancona — currently studying Screenwriting for Film & TV at SCA, Class of ’24. Before coming to California, I really honed my passion for film back home in New York, making a handful of short, experimental projects. Winner Best Short Film 2022 at the LA LGBTQ+ Film Festival, my debut short film, Blister, is going through the US festival circuit.

As a staunch Game of Thrones addict, House of the Dragon is shaping up to be everything I want and more. The costumes, the politics, the dragons… and nothing is better than an intense British actor giving an intense British monologue. Cheers to George RR, Thrones is back.

Deceptively underwhelming, everything about Barbarian’s ad campaign would indicate to a conditioned horror-addict that this is one to sit out on; though I would argue the exact opposite. Barbarian is absolutely nuts. A total slap in the face. 100 minutes with absolutely no filler. The less you know going in, the better. Elegant, efficient, and disgusting, I’ll be buying a ticket to whatever Zach Cregger does next.

New Rick and Morty season. There was hate on Season 5, but as far as Adult Swim animation is concerned, this show feels like home. Season 6 is off to a good start but I want to spotlight the most recent episode, “Night Family.” Ever since “Pickle Rick,” the question I have going into every Sunday night is when will they ever top it? And though “Night Family” doesn’t quite do that, it comes close. Worth a good late-night watch.

Finally, I have to state my case for Todd Field and all of his masterful work. With TAR releasing in just a few weeks, it’s truly worth investigating his first two films; In the Bedroom and Little Children. Known to most as that guy who plays piano in Eyes Wide Shut, Todd Field’s directing efforts are the epitome of high drama in small places. Easily the most tastefully, vulgar director I’ve ever encountered, Field’s Little Children is always a film I come back to, albeit sparingly, when I need to be reminded why I write. Gut-wrenching, and brilliant!