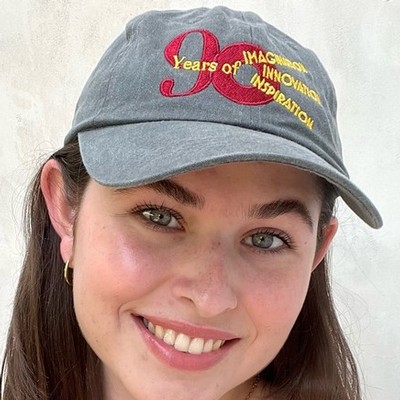 Narrative Studies With A Minor In Cinema

Hello SCA community! My name is Olivia Kuhn and I am a rising Junior majoring in Narrative Studies with a minor in Cinematic Arts. I’m a student worker in SCA’s External Relations Office and I also write monthly film reviews for the Daily Trojan. I’ve had an incredibly busy summer, but luckily I’ve been able to watch some great films and shows along the way.

The Bear (2022) - I first heard about this show being talked about at my summer internship. I don’t tend to gravitate towards TV shows and have been interested in watching more ever since the Emmy nominations came out. I was blown away by this show, from its incredible performances to its gritty cinematography and of course, its culinary aspect. Ever since I watched this, I’ve been enjoying cooking meals and listening excessively to Wilco and Radiohead.

Little Miss Sunshine (2006) - This film has been on my watchlist for years. After finally watching it, it quickly took its place in my list of favorite screenplays (and favorite films, for that matter). All I can think to say is… it’s a perfect movie.

The Terminal (2004) - I will take any opportunity to watch a Steven Spielberg and John Williams collaboration. I found it interesting that the story captured what the world was like at large while taking on the singular setting of an airport terminal. As a 2000’s kid, I enjoyed this film for its nostalgic feel, from its cinematic style down to the fact that there was a Borders bookstore in the airport.

Marcel the Shell With Shoes On (2022) - I managed to squeeze in a theater viewing of this before my Saturday morning acting class. Every person, regardless of their age, needs to treat themselves to a viewing of this. I thought I was going to burst into tears at any given moment because Marcel’s story is so sweet and endearing. This was easily one of my favorite movies of the summer.

Gilmore Girls (2000-2007) - There’s never a time where I’m NOT watching this show because it’s just so comforting. I’m especially excited to watch it this month as I prepare myself to go back to school. In the spirit of Rory Gilmore, I plan to spend some time reading some classic literary fiction and making runs to (SCA) Coffee Bean in between classes once they’re back in session.