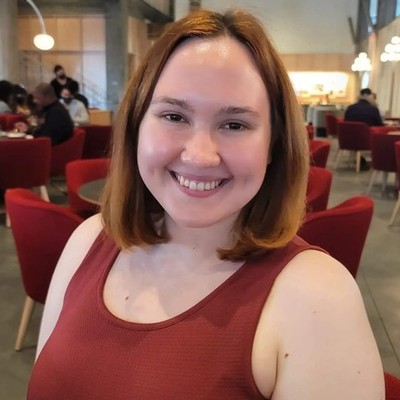 What interests you the most about your specific division or program at SCA?

The Stark program is essentially like an all-encompassing mini film school. We learn a bit of everything from pre- through post-production, with particular focus on development. I was interested in learning about this aspect of the film industry, which in previous film schools I've attended, was the least discussed subject.

Why did you choose SCA?

I always told myself if I was going to pursue a film MFA, it would have to be at USC. I consider myself a writer first, and was going to apply only to the screenwriting division. But after attending The Second City's Harold Ramis Film School, where I created and crewed on multiple short films, I realized I was interested in producing as well as writing. Stark seemed to be the perfect way to do that.

What has been your biggest challenge so far in your time here?

The main challenge has been taking classes exclusively online. I would've enjoyed being in person with my peers, and meeting other talented, creative people just by walking around campus. Despite this, our cohort has formed a strong bond, and many of my classmates will be friends for life.

What has been your biggest success?

I'm proud of myself for actually learning film financing. I started that class with zero knowledge on the subject, and by the end of the semester, was able to confidently give a full finance presentation for a $75M budget film.

The script I chose for my thesis is one I had been struggling to complete for about 5 years. Stark has a writers' room class at the beginning of the second year, and the classmates and teacher I was placed with were absolutely perfect. I went into it unsure of my decision to use this ridiculous anti-capitalist Christmas comedy musical script for my thesis, but was given valuable feedback, suggestions, and validation that my story is a good one. For the first time, I have a near complete draft of the screenplay I'm proud of, thanks to them.

How has SCA prepared you so far for the kind of career you want to have?

I feel SCA has given me not only the base knowledge to succeed in an entry-level position in any field in the film industry, but also a strong network of fellow students and alum to help me on any path I choose. But so far, being a Stark student has helped me advance my current career as a script analyst at a rate I previously never thought was achievable so soon. I entered the program as a freelance reader for smaller screenwriting contests, and within a year began reading for incredible companies like Sundance, Ojalá Productions, and more.

It's cliche but honestly -- be yourself, and know yourself. Don't think about what USC wants you to say. For me, I believe it was confidence in myself and my abilities as a filmmaker that got me where I am. I didn't think I would be accepted to the writing division both times I applied, but I felt great about my one application to Stark. There are no specific parameters other than people who genuinely enjoy filmmaking and telling amazing stories.