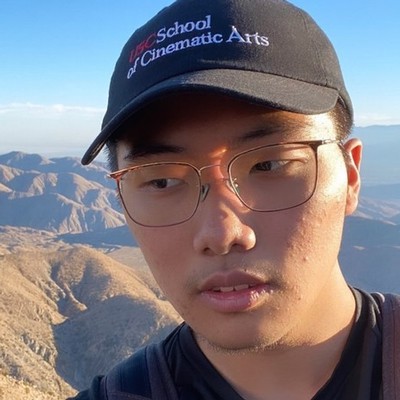 Why did you want to study Media Arts + Pratice?

I believe that the SCA MA+P program will provide me with the interdisciplinary training that would prepare me for a wide range of jobs and tasks in both the traditional and emerging media, and set me for the path of a career in the entertainment industry.

I think that SCA has a lot of resources such as computer labs, industry standard software, and film equipments that I would be able to use during my creative journey here in USC, and provides me the educational training I need to create professional quality works for me to include in my portfolio for future careers. Aside from the educational benefits of the School of Cinematic Arts, attending SCA also allows me to meet people with similar creative minds and a passion for the entertainment field, and for me to make connections that would be essential in the future.

My greatest success in SCA so far is that I've produced my first narrative short film this semester, which explores the topic of the immigration experience and cultural identity, something I've been exploring for a long while. My greatest challenge at school so far was probably the experience of adapting to college life. As a first year student who has only been here for barely a semester and had just gotten out of a long quarantine before coming to college, I think starting college and adjusting to a new life is what I feel like is the most challenging so far, especially when you also have school works to maintain at the same time. Being in college means away from home, and trying to live independently was definitely something I had struggles on.

What projects have you worked on that you’re proud of? OR What organizations are you involved with and why did you choose to join?

A project I had worked on this semester is my first narrative short film "Beads", which speaks of a story that is very personal to me. Having little experience in filmmaking, going into this project had a difficult start, but eventually everything worked out in the end, and I was quite satisfied with the result and the message I was able to deliver. This not only made me learn so much about the process of creating a film, but also prompted my passion to create more personal short films in the future.

Even though it's important to try to figure out as much as possible on what you wish to pursue in the future (i.e. production, screenwriting, game), know that it is also not too late to explore as you are in college, since college often opens up more opportunities for you to try different areas of the entertainment industry.