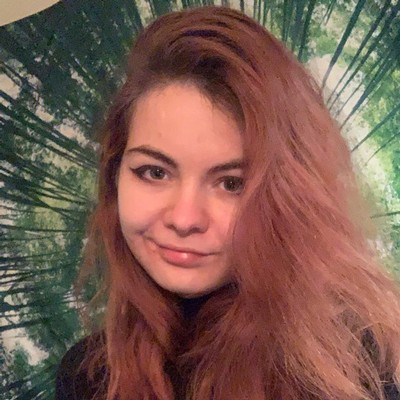 OK. Why did you want to study your major?

Well, I loved gaming, and I was like “I don’t wanna stop gaming!” I - well, the only possible solution was making games. And here we are.

Hm. So it was a way to continue your connection to the medium, I suppose…

Yeah. Yeah, I will always be around games, and I mean, even with our classes I’ll keep having to playtest them. There are lots of ways I’m within the medium, and to be a good game designer I have to game as well, so yeah, it plays out.

Oh boy, the connections, professors, like - technical stuff, you can learn all that pretty much anywhere, but USC - it has professors with industry experience, and that’s such a rare thing to find in other colleges if it’s not, you know, one of the best programs. They will have game design majors or programs or whatever, but the professors there will only provide you with the technical stuff that you can learn on YouTube. But here, they have the experience, the knowledge, the connections, the networking stuff - it’s just an incredible resource.

Yeah, that’s pretty much been my experience too. I know that Professor Nashak had a lot of stories about working for Acclaim and EA.

And then Professor Vigil and Lawrence…

What would you say have been your greatest successes and challenges so far at USC?

Oh, greatest challenge - I mean, the culture shock was the greatest challenge, I guess. Yeah, the language you can learn, but the culture, and the slang, and the humor, and all that stuff, they’re very much different from mine, so I have to learn and adapt to that as well. Which takes a toll, you know, on my soft skills, because I’m not as good here as I was in Turkey. And the greatest success - well, I’m a creative producer lead for one of the student projects right now, which is honestly surprising, considering this is my first semester here, but yeah, that’s been really fun to do.

And that was also - that leads into my next question, “what projects have you worked on that you’re proud of”. So what was this project called?

It’s “Dreamland Confectionery”, it’s technically a DR, which is directed research, but this one is one-of-a-kind because when they first implemented the DR curriculum or whatever, this one was the first to start as a DR, but the director, which is Ah Young, recruited like thirty-forty people, and the professors were like “Hold up! This is turning into AGP scale!” And they let her continue with her thirty-five-people team, but the other DRs are like five or - yeah, maximum five people now? So basically, this is an AGP-level DR?

Well, there are lots of updates and uh… what’s it called… opportunities being posted on random USC discord servers for games specifically, on internship server channels or whatever. I saw Dreamland Confectionery there, and I applied. I was just honestly trying to see if I could volunteer and not get credit for it and just watch and learn from the upperclassmen and whatever. But they liked my portfolio and I got in as a level designer, and then I was like “I’m more into production!” So I talked with the director and I was doing, you know, level design stuff; I talked with her and asked if I could switch, and apparently they needed someone to manage the creative side of production, so I was like “Yes! Yes! Please!” And yeah, that’s what I’ve been doing, production lead, but for art people.

Nice! So what organizations are you involved with, if any, and why did you choose to join, apart from Dreamland Confectionery, if applicable?

No, I… I’m not in any clubs now, the workload was just too much.

Yeah, I understand, it seems like you kind of have a ton on your plate right now.

Yeah. What advice would you give someone who’s thinking about applying to SCA?

Talk - get in contact with the professors here. There are so many ways to reach many of the people here, like I honestly used Facebook for one of them. Like, I kind of feel like a creep, but (chuckles) it works. Professors love that, and when you mention this in your application, they like LOVE this. So yeah. Reach out.