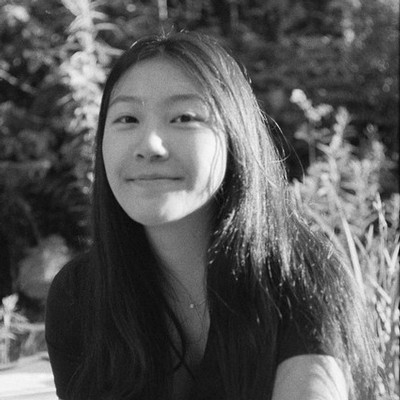 An interview with Film and Television Production Transfer, Liya Yang.

Why did you want to study Film and TV Production?

Prior to transferring into production at SCA, I was studying Finance. I’ve always wanted to pursue a career in film and entertainment, but coming from a traditional immigrant family and STEM oriented high school, applying to film school was a challenging decision. My fear of having regrets also drove me to put all the voices aside and pursue film school. The two years I spent at a liberal arts college, however, helped me solidify my latent enthusiasm for filmmaking and storytelling.  To me, studying film means more than just pursuing what I love most–it’s more about my dedication to the creative process and desire to share a vision with others. The more time I spend at SCA, the more I realize that filmmaking is a powerful medium. I’m studying film because I like storytelling, and telling untold stories that have shaped me as an individual, and hopefully create narratives that my audience can resonate with and feel inspired, even by the smallest extent.

I really like the people I’ve met here. Everyone in my cohort is so talented and driven, and passionate about their niche within film. It’s very inspiring to be here, and definitely motivates me to keep learning and pushing my limits. I’m someone who feeds off of other people’s energies, so being in this environment is extremely encouraging and has allowed me to openly explore my broad interests within film–be it screenwriting, directing, or acting–which has helped me better understand the career path I want to define for myself. Besides the connections I’ve made at SCA, I’m confident that the classes I’m taking and will continue to take will equip me with a breadth of knowledge in a variety of different disciplines such as editing, producing, and shooting.

Besides adjusting successfully to my classes this semester, one of my greatest successes at school so far is being able to consistently seek opportunities to crew on graduate projects and meet new people at SCA everyday. At the same time, it’s been a little challenging grappling with the feeling that you’re not doing enough at SCA, given how hard working those around me are.

What projects have you worked on that you’re proud of?

I’ve been crewing on graduate film projects for a couple months now. A recent one I worked on is a 546 graduate film. It was a great set experience and, as the second AD for the first time, I gained a lot of experience working closely with the producer, director, and actors. Currently, I’m working on producing and assistant directing an independent project about my upbringing that I resonate deeply with as an Asian American, and being a part of this project makes me especially proud. Additionally, these aren’t necessarily projects, but there are a number of scripts I’ve written while I’ve been here that I’m proud of and really excited to potentially produce next year.

Don’t be afraid to explore! Make lots of films with people you like working with–and have fun while you’re here!