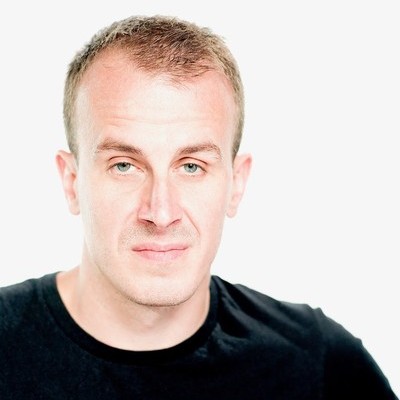 What interests you the most about your specific division or program at SCA?

What interests me the most about my division is the flexibility you have in shaping your path after first year. You have the opportunities to study cinematography, sound, editing, FX, writing, production design, whatever you want. No matter what direction you choose, people have opportunities to gain experience in physical production, and to make films. My focus has been writing, directing & producing, and I’ve found that with cross division collaborations you can really gain strengths and experience in many areas while pursuing your main focus at the same time.

Why did you choose SCA?

I chose SCA because it was actually the harder choice. When I was accepted to USC, I was admitted with a George Lucas scholarship, which was extremely compelling. But I was accepted to NYU with a Tisch scholarship at the same time. I loved New York, had a huge amount of respect for NYU, and most of my friends and collaborators were in NYC. I had a pre-built social network there. Coming to LA meant sending my life to the other side of the country and starting over from scratch. But it also meant that if I did that, I would have a network of friends and collaborators in BOTH cities. So that made the harder choice the smarter choice. Then when I saw USC and the School of Cinematic Arts facilities, I knew I had to come here. I had never seen a film school like that before. It was unmatched. But most importantly, many of the people I met excited me. I felt that I was finally surrounded by people much like me.

SCA is whatever you make it for yourself. But whatever you make it, it's extremely rigorous. I came here with a strong work ethic and devotion to personal and professional development, I’ve been a hard worker for a lot of years now, and I still find it overwhelming at times. But it's been overwhelming in ways that have helped me push my limits which creates growth and mastery.

What has been your biggest success?

My biggest success here is not one thing, it's the sum total of my experience here and the challenges I’ve faced in production and in life. I will not leave this school feeling my time here was wasted. It's been the largest period of growth and productivity in my life so far, and I intend to continue it beyond graduation. I’ve gained a huge amount of skills as a director, and have had the opportunity to direct and shoot films with some amazing people who are now great friends of mine.

There are a number of projects I’ve directed, shot or produced here at USC that I’m proud of. During first year (508 semester) I worked with Riley Lynch & Polina Yamschikov and we made three films that we were very proud of. After that semester ended, I had a collaboration with the Vermont Symphony Orchestra, and made a film that went on tour with them where they performed score live for their audiences. And for the last year I’ve been collaborating with Mitchell Colley and Shardé Sargent in the Peter Stark producing division as director on a "Stark Special Project." It’s basically a USC granted film that takes place outside of the curriculum. It's been an incredible experienced and one of the best collaborations I’ve ever had.

How has SCA prepared you so far in your career in entertainment?

USC has prepared me for my career in the film industry better than any experience I’ve had before. I'm half way through my time here, have made numerous films, and am currently directing a challenging film that I love. Just this weekend I was on set directing our film with a 40-person crew. It's been an extremely complex shoot that we were very prepared for, but I’ve had to learn to adapt and make important decision on the fly. I think the most important experiences I had this past year were strong collaborations and the importance of that.

Anyone who comes here should be ready to wage absolute war against their own goals. Because filmmaking is war. It shouldn’t be the kind of war that hurts people. But it is the kind of war that makes magic. The more you gain experience in filmmaking the more you realize that every single time a film gets made it's an absolute miracle. And to make a good one, you basically have to surround yourself with an army of magicians. But there’s a lot of magicians at SCA. So, find your people and set off on your war path together.