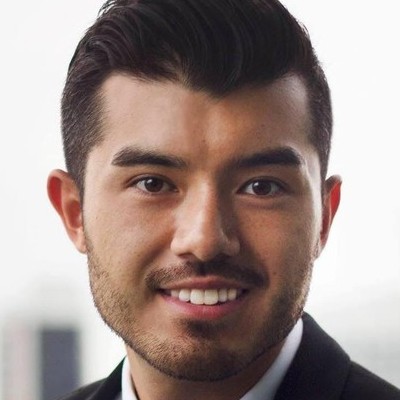 1)    What interests you the most about your specific division or program at SCA?

The Peter Stark Producing Program gives you a bird's-eye view of how the business of Hollywood actually runs, while empowering you with real-world experience and a powerful network to help you land a job when you graduate.

I chose SCA because every single one of the courses offered in the program sounded really interesting and directly applicable to what I wanted to do, taught by prolific instructors who are all currently working in the industry. You’re taught by producers, studio executives, writers and agents who are all renowned for doing the job they’re teaching you to do.

3)    What has been your biggest challenge so far in your time here?

Coming from working as a development executive for several big Canadian production companies over five years, it was a challenge at first to go back to doing internships during the program. But then you realize you’re at the biggest entertainment companies in the world, working on projects that millions of people will see, and that you would never have access to these companies without the program. Focusing on how lucky I was to be in that position and giving each day 110% helped me overcome that.

4)    What has been your biggest success?

I’m really grateful for the opportunity to have interned at Disney+ when it launched this past November. It was an incredible moment that I’ll always remember, where the new streaming service really made an impact on the industry. Before that I was at ABC Studios, and I’m going to Fox Searchlight in the spring - all prolific companies under the Disney/Fox umbrella that I feel really blessed to be a part of… But what I treasure most are the relationships I’ve built with the incredibly talented people along the way (both at the studio and at SCA), and I would say that’s my biggest success out of the program.

5)    Is there a project you are working on (or have completed) that you're especially proud of?

I am especially proud of my special project that I co-wrote and produced. The Stark Program offers a generous grant for its producers who want to produce a short film in their second year, and I wanted to take the opportunity to work with the immense talent pool available throughout SCA’s grad programs. I partnered with Joi Porter, a gifted writer from the John Wells Screenwriting Program, Tayo Amos, an extremely accomplished director from the Production Program, and Julia Dillard, a highly talented producer from my class. Somehow, they all agreed to work on this idea I had for a short film that’s inspired by a true story, about an African-American singer who risks everything to stand up for what she believes in, in segregated 1950s Las Vegas. I’m really proud of what we produced, and so grateful for the team that pulled it off. It’ll be ready to screen this May.

6)    How has SCA prepared you so far in your career in entertainment?

The Stark Program really takes you through every aspect of the job of a producer, from writing or optioning a script, to pitching, financing, producing, marketing, and distribution. SCA has prepared me in my career in entertainment by arming me with that knowledge, as well as giving me the opportunity to build a valuable network of people that all help each other get to where they want to go long after graduation.

7)    How has being an HFPA scholar helped you in achieving your goals?

Being from a middle-class family, paying for tuition is a challenge especially as an international student because of the limited financial resources available to us. I would not have had the opportunity to come here without the HFPA supporting me as a scholar, and I’m immensely grateful for their support. I really felt that this program was necessary for me to achieve my long-term goals, and I’m so glad that I made the decision to come here.

8)    What advice do you have for prospective students looking to apply to SCA?

Take the time to really reflect on the kind of career that you want, where you want to go and why you want to do it. Is it really worth the costly tuition, leaving whatever it is you’re doing, and starting again in a brand-new environment? If you truly believe the answer is yes, you should apply. Be specific about that goal and authentic to who you are in your application. If SCA is absolutely necessary to that goal, they will see it too. Good luck!

Matt Mitchell is a MFA Student in the Peter Stark Production Program from Toronto, Canada.