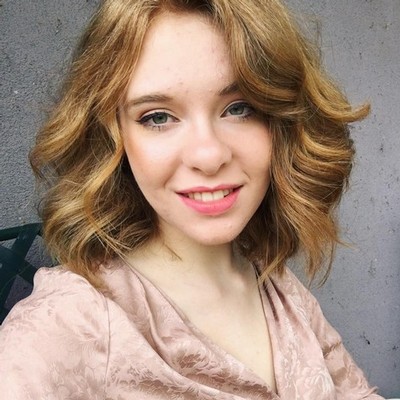 Why SCA?
When I was looking at other schools for game design, the caliber of work coming from SCA’s games division was among the absolute highest. The amount of artistry, creativity, and polish that the games demonstrated was something that was incredibly appealing to me - I wanted to make great games, and this seemed like the best place to do it!

This part of the answer isn’t as much fun, but another reason why I chose SCA is because much of the games industry, including many games programs, is incredibly hostile towards women. As a woman who is interested in holding leadership positions in games, I knew I needed to attend a school that would safe and supported in chasing those lofty dreams. Fortunately, SCA’s games division is incredibly diverse, and is far from the typical male-dominated games program. It was really important to me to be in a space where underrepresented game developer’s voices are lifted up, celebrated, and respected - and I'm fortunate that it happened to be the #1 games program in the US that could provide that for me :)

What has been your biggest challenge(s) so far in your time here?

Hm… While fun, making games is not easy.I’ve worked on several projects now, and something that always comes back to haunt me is undervaluing how much time and effort making something will take. This is a sure fire way to overextend yourself, or to make something that doesn’t fit your vision. Getting that balance right is incredibly hard, and something that I am still improving on every day! Although each project I’ve worked on has come with it’s fair share of challenges, the first project where I truly experienced the gravity of the difficulty of balancing workloads was when I Kickstarted a board game my Freshman year. I was so naive about how... ridiculously hard it would be. I wound up having to work way harder than I ever had before to push that game out the door. Making games is one thing, but getting people to actually buy them is a completely different story. I’m fortunate that the Kickstarter wound up being successful, but that whole experience was a very valuable lesson in learning my limits and understanding the implications of the whole game dev process - and being able to scope better in the future! But like I said, I’m still learning ;)

Yes! I just wrapped up development as Lead Designer on an incredibly project called Plasticity, which can be found on Steam for free! The director Aimee Zhang and I worked on the initial prototype together our sophomore year for a class known as “Intermediate Game Development”, and eventually we were able to work on it for the entirety of our Junior Year on an amazingly talented team of 30 students through SCA’s Advanced Game Project. It’s reception has been so humbling - we have surpassed 20,000 downloads on Steam, showed our game at E3, and were recently covered in a Forbes article! It’s honestly been surreal to have a game that is so close to my heart get so much attention, and I am excited to continue making more games that can impact so many people.

Now that Plasticity is done, I’ve been given the chance to direct my own game - a Nintendo Switch game about magical wildlife photography called Beasts of Maravilla Island. We are still in preproduction now, but I am already so thrilled to be working on such a beautiful, magical game with the amazing team of students I’ve assembled.

Any advice for prospective students who would like to study in your division?
Absolutely! Game development is incredibly fulfilling, but definitely comes with its fair share of challenges - my best advice is to take it one step at a time when learning new software, tools, and skills, and celebrate every win. Start small, know your limits, and be patient with yourself. It’s never easy, but making the dang thing is the best thing you can do for yourself :) To put things into perspective, when I started at USC, I absolutely hated programming , and was convinced I would never improve. But... after giving myself the time and space to learn, being patient with my progress, and working on projects that I loved to improve.... now I program all the time! My second piece of advice is, don’t take interpersonal / communication skills for granted! Communicating effectively is one of THE most valuable skills you can have as a game creator, and it's not talked about nearly enough. The more clearly you can articulate yourself, give/receive feedback, resolve conflicts, communicate visions, etc., the better all of your game projects will be for it.

Michelle Olson is a senior in Interactive Media and Games, from Pasadena, CA.