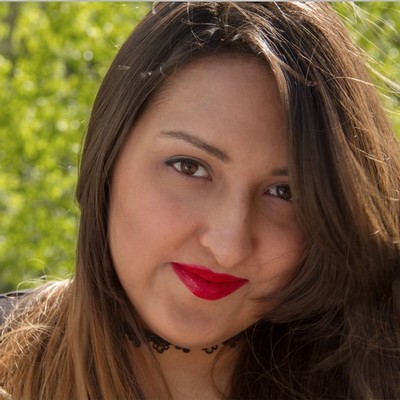 What did you choose SCA and the Stark Program specifically?
I know this may sound a bit cliché, but since I started thinking about college in junior high I knew I wanted to go to USC. It wasn't until I dove in further did I realize it was the best fit for me and the program that I wanted to go into. Why? Because it exposes you to every aspect of film, TV, and even the digital space; It gives you this amazing network and resource; It drills in you the importance of a producers mindset all while being creative or producing for the best of creative; and you are taught by working industry professionals that give you a look into industry in the most proficient, and realistic way possible. Though I only knew the essentials when deciding on Stark, it wasn't until I got here did I realize how much more I would learn, and how beneficial it would be for myself as a creative and my career.

How has the program prepared you for the career you’d like to have?
For starters I can say it has prepared me for how tiring and hard my career will be. I know that doesn’t sound fun, but the reality of it is true. This industry is difficult, and to say that the program was easy is the farthest thing from the truth. This program was the pinnacle to my anxiety and no life era, but I don’t say that with disrespect but rather an immense appreciation. I have literally learned how to produce the hell out of any film, tv series, or life event, etc. But I have also learned every aspect of film, from the mere idea of a story to basics of contract law, to pitching, to directing, to screenwriting, to financing, to all the stages of production, to marketing, and so many other aspects from now until the end of time. All this has prepared me for a career as a creative producer and director but has also instilled in me that the only way to achieve this future is to work hard and believe in yourself.

What has been your greatest achievement since coming to USC?
My goodness, it is hard to know where to start, especially for a girl that has come so far in life and bases her greatest achievements on each new step she takes that furthers her career. For me it is a great achievement getting into the Stark Program as a first-generation college student, and with her masters I might add. However, since then I have learned so much and have built a network I am proud of. Getting the George Lucas Scholarship and the Stark Special has also been an amazing achievement of mine, because not only do I get to showcase my talent and skills as a producer and director with the special, I also get to be able to attend USC with the help of the George Lucas Scholarship that I worked to earn and didn’t let even cost intimidate me from achieving my goals. During my time in Stark I have also worked for many amazing Producers, Companies, and Executives that have been essential to my growth and learning. So I guess to sum it all up in one my greatest achievement since Stark has been everything.

What has been your biggest challenge?
My biggest challenge through Stark would have to be finding a balance between school, work, homework, projects, networking, personal life, and friends. I knew before coming to Stark that I would have to make sacrifices in order to afford coming here and that means working full time and going to school full time. How I did it is beyond me but that did not come without consequence. There were times I couldn’t go out with friends due to expenses or prioritizing time, and that is hard to explain to people who don’t understand your situation. There were also times where I didn’t give 110% into my homework, or projects like I should have, or even times where I just didn’t sleep, but I kept my eyes on the goal and surrounded myself to the best of my ability with people that supported me and understood my current lifestyle and goals.

What project(s) are you working on right now?
The projects I am currently working on is a Short called Unbreakable and two feature scripts that I hope to Pitch and take to festivals when I graduate. I wanted to secure some sort of library if I may say that would allow me to go off of when I leave Stark.

What advice would you have for prospective Stark students?
Any experience in life is subjective to who you are, where you come from, etc. My advice to future Stark students would be to absorb anything and everything you can in Stark and make the most of it with a healthy and positive attitude. You never walk away from a situation never learning something new. When in Stark, utilize it and use it to your advantage, it has the potential to take you far, but know that at the end of the day it is how you carry yourself and act with others that allow you to truly achieve.