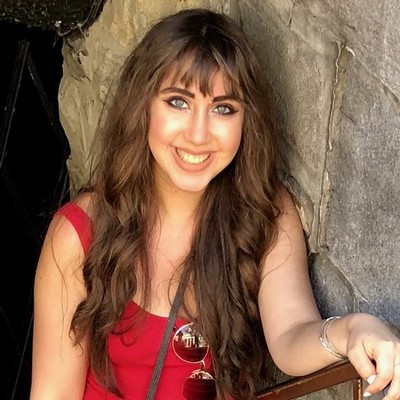 Why did you choose SCA and the Stark Program specifically? The year I applied to Stark, I was halfway through my master’s degree in English literature and on track to pursue a PhD in the subject. However after analyzing stories and their impact for so many years, I realized that what I truly wanted to do was to make an impact by creating stories of my own. Specifically, I want to help create the opportunity for more female and diverse voices both in front of the camera and behind it. The Stark Program seemed like the best avenue through which I could do so; not only does Stark prepare its students to produce a project from inception to completion, its alumni have gone on to achieve success in other areas of the industry.

How is the program preparing you for the career you’d like to have? One thing that has been made clear to me since beginning to study here at USC is that there is no singular path to success in the industry. That being said, Stark has been integral in stocking our individual tool boxes to get us to where we want to go. The program focuses on the creative and business producorial aspects of filmmaking alike as we are given the opportunity to learn from industry professionals as both full time professors and guest-speakers. Additionally, the Stark office provides us with various internship opportunities.

What has been your greatest achievement since coming to USC? While my connections at USC have given me the opportunity to intern my first semester at Pretty Pictures and now at Anonymous Content, I feel like my greatest achievement since starting at Stark has been a creative one. Since starting at Stark I have just felt so inspired by both the faculty and students of SCA and have begun writing creatively again; after just over one semester I have written both a short film and feature film and am in the process of collaborating with my fellow Starkies on further projects.

What project(s) are you working on right now? At the moment I am finishing up a feature script I wrote and am about to start writing a pilot. I am also currently directing a comedy being produced by a fellow Starkie.

What advice would you have for prospective Stark students? As cliché as this may sound, trust your gut. Learn your taste and lean in to what makes you different. And if you decide to come to Stark, know your story so you can better tell other’s.