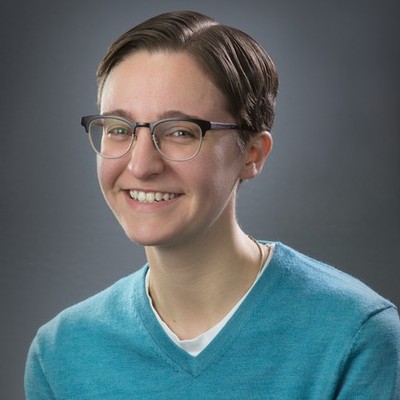 Why did you choose SCA and the Stark Program specifically? For me, when it came time to choose a school and program that I wanted to apply to, SCA and the Stark Program were the only choices for me. Since I had first read about the Stark Program many years ago, it was my dream to be a part of it. There is no film program out there that is as well-rounded as Stark, and SCA provides the optimal environment to learn and grow in. Stark does a fantastic job of teaching its students about every aspect of the film industry, not just the one they think they want to be to a part of when starting classes. You may come in to the program thinking you're going to be a writer, and by the time you graduate, your new goal might just be a studio executive. In addition to learning from some of the best people in the industry, you also become a part of a large family of previous Stark students, and relationships like that are incredibly important to have. You simply can't receive as much of a well-rounded education and as much experience as you can at Stark and SCA, so it was obvious to me this was the school and the program for me.

How is the program preparing you for the career you’d like to have? Stark has prepared me for my career by teaching me about every aspect of the industry so that no matter what area I end up going into, I will know how each and every piece around me is working which is incredibly valuable. As a hopeful producer someday, Stark is giving me every single tool necessary to be the best producer I can be. The program ensures that we are well-rounded and experienced individuals who can understand every member on their team and the role they play in any given production, and this has certainly set the groundwork for me to become a successful producer someday.

What has been your greatest achievement since coming to USC? My greatest achievement so far since coming to USC is the upcoming short film that I am in the middle of producing. I'm working with an absolutely incredible team of classmates and we have put in a lot of hard work to make this film spectacular. It's a really heartfelt story that I think will speak to a lot of people and I'm honored to play a part in telling it. Making a short film is a lot of hard work, especially on a limited budget and schedule, and we've done an incredible job to make it all come together and I couldn't be more proud of the work we've accomplished.

What has been your biggest challenge? The biggest challenge I have found so far in both SCA and the Stark Program is having enough time to take advantage of every opportunity. Being a part of this community has opened a lot of doors and afforded me a lot of opportunities to grow and expand my knowledge and experience in the industry, there's just simply not enough hours in the day to take advantage of all of them. Time management is a key skill to have as an SCA student, we are always juggling so many different tasks at once, that finding the right balance for it all can be tricky, but necessary.

What project(s) are you working on right now? I am currently in production on a short film I am producing, as well as in pre-production on a second short film that I will be the Director of Photography on. Additionally, I am preparing to pitch another short film with a fellow Stark student and working on some personal projects including a comic book series and a feature film screenplay.

What advice would you have for prospective Stark students? Stay focused and keep working hard. There are going to be roadblocks along the way but if you maintain your focus and keep pushing, you will move past them and achieve your goal. Nothing in this industry comes easy, but if you're willing to put the work in and refuse to give up, it will pay off in the end!