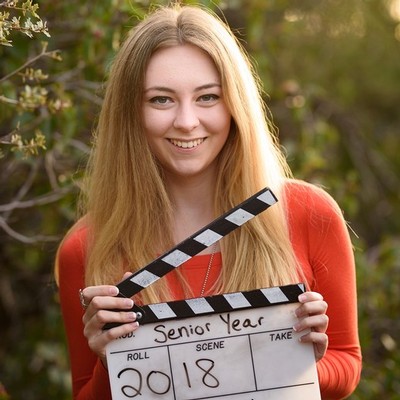 How has your time in the School of Cinematic Arts’ Summer Program changed your view of your discipline? When I first arrived at the summer program, I was amazed by the talent of the other students. It was so cool to meet other filmmakers like me from all over the world. For me, I realized that USC wants all of it’s students to succeed and that they encourage collaboration. You come in with the expectation that everyone is in competition with one another, however after being in the program, you realize it takes a village to make a film, and that we’re all in it together. In the “Directing Intensive” course I took, we had to work in groups, and everyone was so supportive of each other and it didn’t feel like a competition at all. In fact, it created friendships that have lasted long after the summer class and into my time here at USC.

What advice do you have for prospective students looking at applying to the program? USC wants to know what makes you, you. What stories are you looking to tell? As long as you make it clear you have a passion for storytelling and have something to say, they are so welcoming and accepting of that. Even if you don’t have a lot of hands-on set experience, the most important thing is that you’re driven and want to share something with the world. It’s also important to show that you have good time management skills - something very important and appealing when applying to anything film related. The six week summer class is intense (hence the name “intensive”) but the skills you come out with are completely worth it.

How has the School of Cinematic Arts prepared you so far for a career in your discipline? I was a rising senior in high school when I took the summer program, and was in the midst of college applications. However, upon completing the summer course, having spent the entire summer at USC, I knew it was the place I wanted to be. Now as a freshman, although new to the program as a whole, I feel as prepared as ever for what’s to come. The School of Cinematic Arts is so encouraging to its students and even only having been here for three months, I’ve had some amazing opportunities. The upperclassmen aren’t as scary as they seem - in fact, they welcome new students with open arms and invite them to work on their thesis projects. In Film and Television Production, hands on experience is the mot important thing you can do to prepare yourself for the world outside college. From hands on production courses such as “Practicum in Television Production,” to allowing students to assist on upper level sets, SCA sets it’s students up for success, and I couldn’t be more confident in my future here.

What have been the biggest challenges for you at USC? As a freshman, the hardest thing so far has been saying “no” to all the opportunities. Almost every week, there are multiple advanced movie screenings, social gatherings, events, football games, film sets, clubs - anything you can imagine. However, this is all on top of your classes and school work. I cannot stress how important time management is. As a freshman, you are presented with so many cool opportunities, but don’t feel like you have to go to every one. Sleep is very important too! Make sure you have a balanced schedule, prioritizing your school and film work (but also don’t forget to have fun.)

What in your past has given you inspiration or a unique point of view that you bring to USC? I came from an arts school in California that I was fortunate enough to be a part of their film program. In the program, there were 19 students in my grade, only three of which were women. This was defiantly a challenge at times and it made me realize that we need more stories told from a woman’s point of view. I started branching out and watching films made by women directors, producers, writers, and cinematographers. In high school, and now in college, it is so important to me to tell honest stories about women and their experiences, many of which I’ve experienced myself. It was so cool to see a woman in charge of SCA (Dean Daley) and to see how much diversity there was here. I think it’s important for everyone’s story to be told, and our generation is going to revolutionize the film industry in that way.