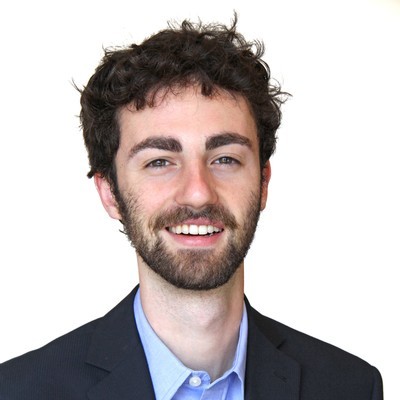 1. What interests you the most about production (directing, producing, etc)? My first love was story; film came after. What I love best about directing, writing, and producing (and I really do love all three and plan to make a career out of them) is the ability to shape a narrative, to build something impactful not necessarily from scratch, but from observations of human interactions and the artistry of others. I’ve now directed, produced, and/or written six plays, countless shorts, and a feature and I can confidently say that for me, few things are as fulfilling as making an audience laugh, or cry, or just simply empathize with a character in a narrative. I’m fairly idealistic, so I have ideas about the power of art and film and why I want to do this and why I’m interested specifically in cinema, but to be perfectly candid much of why I want to direct, write, and produce forever is just because it makes me happy. I love working with actors and seeing a scene come alive, I love finding talent and putting talented people in the same room, I love the excruciating process of writing a screenplay, and the exhilarating feeling of putting something together that works. The thing that interests me most about production is the fact that I never get tired of it, and it feels like the thing I can consistently love for the rest of my life.

2. What originally led you to studying Film and Television Production? I came to this medium with an intense love of storytelling, a basically religious belief in the power of narrative to make an impact, and very little filmmaking experience. When I was an elementary school student I would write novels, when I was a teenager I started writing, directing, and producing plays, and after some successfully produced plays in the Bay Area theater world I wanted to dive into filmmaking. Knowing that story is what I wanted to dedicate my life to, I didn’t want to exclusively remain in theater. I wanted to learn to make movies. I was a little scared coming into the best film school in the world with minimal film experience that I was going to find myself in a cutthroat and competitive place, and that has not been my experience. My favorite part of USC is that I feel like I’ve found a community of peers who I trust completely, who I want involved in everything I make, and who seem to trust me a little bit as well. We don’t want to be “the one who makes it,” we want to be “the ones who make it.” That’s really cool.

3. What advice do you have for prospective students looking to apply to SCA? Make as much as you can as often as you can. How articulate you are gains you credibility—for a time. How charming you are gains you credibility—for a time. The thing that gains lasting, priceless credibility is initiative. Don’t talk about writing. Write. Don’t talk about filmmaking. Make films. Don’t dream about the great filmmaker you’ll become if you go to USC. Be a great filmmaker, and then go to USC. I wish I’d done more film work before college, but working in the theater world was hugely helpful. I think as long as you’re telling stories and collaborating with others, you’re preparing yourself for USC Film School.

4. How has this program prepared you so far in your career in entertainment? It’s put me in contact with people that I can see myself working with for the rest of my life. It’s humbled my idealism, without extinguishing it. It’s taught me the logistics of filmmaking, what’s tough about filmmaking, and inspired me to keep pursuing it. Because of the USC name, I’ve been able to meet some of the people I respect most in the world, and make sure that the risky, no-guarantees life of an independent filmmaker is really what I want above an accounting job (it is).

5. What have been your biggest challenges at USC? Freshman year, realizing I wasn’t instantly as good a filmmaker as I wanted myself to be. I think I had this idea that because I could put together a few successful plays I’d hop into film school and immediately make art. I made crap. I really struggled. There was a huge disparity between the kind of filmmaker I wanted to be and the kind of filmmaker I was. The challenge of the last three years has been becoming comfortable with the process of learning, with the anxiety of waiting, with the despondence that often comes with failure. Also, just with knowing that I’m not everything I want to be now, but that I’m getting better every month, and that I doubt I’d love this form as much as I do if I’d waltzed in and been everything I want to be eventually, immediately. With three years of perspective, I’m grateful for the challenge, expecting with each future project a little bit of failure and a little bit more growth.

6. What are you involved in right now? Where can people find out more about your work? This summer I’m an intern at Permut Presentations with David Permut (the producer of Hacksaw Ridge), a Summer RA at USC, a USC Tour Guide, the producer of two short films, the Assistant Director of another, and the writer/director of two more (one in post, one in pre-production). I was also back in Norcal for 3 weeks teaching a theater class for 6-11 year olds, and I’m working on co-writing a feature based on a short I wrote last semester. In mid-August I’m directing a short called “My Ex-Girlfriend is a Shovel,” about a girl who realizes that her ex-girlfriend was actually a shovel. It’s funny and sad-- it’s about how hard it can be to remember an ex. We’ve got a pitch packet and are currently in a fundraising period, so if you have any interest please feel free to email dezgalle@usc.edu.

7. Anything else you would like to share? This profession is really hard, and really non-stop. There will always be a pressure to work harder, and the feeling that you’re falling behind. So don’t do this because you want to be a “filmmaker.” Do this if you want to make films. Then it’s all so worth it. “Do what you love and you’ll never work a day in your life” is the wrong way to describe it. It should be find what you love and fill every single day with that. You’ll work every single day of your life, and you’ll love it.