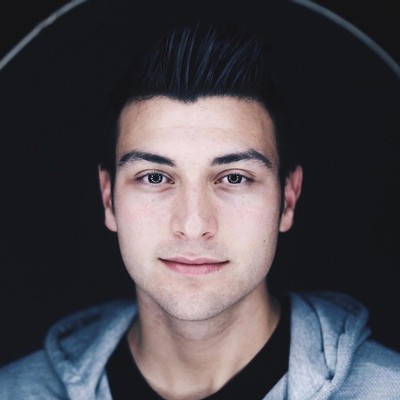 1. What interests you the most about CAMS? CAMS intrigued me initially because of the holistic approach to film that the department offers. Ranging from taking necessary courses in Film Theory to Film History, the program encourages CAMS students to learn more about the production process, mixed media, and digital experiences through the various schools within SCA.

2. What originally led you to studying CAMS? I had the choice between attending a school on the East Coast for production or to experience filmmaking in a film-centric Los Angeles. As a CAMS major, you as an individual are able to pursue various aspects of filmmaking, rather than solely focusing on mixed media or production. The program also encourages students to pursue outside opportunities such as mentorships and internships to accustom yourself in the world of film. These opportunities are priceless as they allow for an application of theory in the practical setting. Ultimately, the program challenges you to pursue multiple opportunities to discover which division or field you would like to go into the world of film.

3. What advice do you have for prospective students looking to apply to SCA? Resilience. Be Humble. Never say you are not good enough. Have thick skin. Every single individual in the world of film is equally as important and contributes to the success of any project, short, tv show, etc. In our world, many fields incorporate an aspect of filmmaking that requires one to be innovative while having exemplary work ethic. I encourage you all to pursue any and all opportunities that come your way.

4. How has this program prepared you so far in your career in entertainment? Being able to apply theoretical principles of film in practical projects. Everyday you learn how film is woven through various mixed mediums and can be applied in most fields. Explore and try new things, that linguistics course that you may have to take, can inspire you to understand the precision of sound or create unique foley in film. You will never know what inspires you to create, be curious.

5. What have been your biggest challenges at USC? My biggest challenge at USC was accustoming myself into what I understood/believed to be ‘film.’ ‘Film’ extends to many different mediums within the industry and could apply to television, shorts, and experiential spaces. Allowing yourself to be mindful of others and create an open space of an artistic mindset will help you excel in your career.

6. What are you involved in right now? Where can people find out more about your work? Currently I intern at 20th Century Fox where I have occupied two different divisions (Home Entertainment and International Television Distribution) in the fields of Social Media/Digital & Video Marketing. I create contract based advertisements on Instagram (@msmirnov) for various companies such as Polaroid, Adidas, Dollar Shave Club, and Dove. Additionally in my freetime i love collaborating with other fellow creatives and gaining new knowledge on student sets, etc.

7. Anything else you would like to share? Be involved with fellow film students! You will already be a tight knit group, but do not be hesitant to go out and meet new students within the various departments (you’ll eventually be working with them).  There are also many organizations which enrich to provide more insightful outlook on film. Delta Kappa Alpha (Professional Co-Ed Cinema Fraternity), Women of SCA, and SCA Industry?