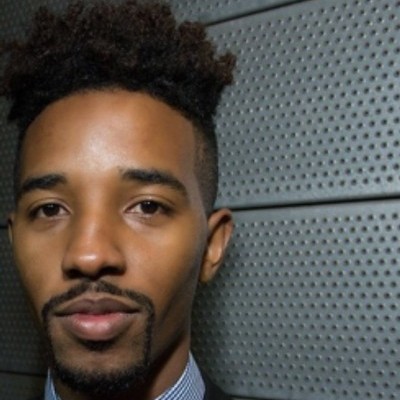 1. What interests you the most about producing? I love producing because I get to use both the creative and business-oriented sides of my brain. Every project is like a puzzle, and it's the producer's job to assemble it piece by piece with the right director, proper writers, actors - down to production assistants, every element (and person) matters. I enjoy bringing together the most talented people I can think of under one project to witness the magic we'll be able to create.

2. What originally led you to producing? As a child, I used writing and storytelling to escape the harsh reality I witnessed around me. Though I started out writing, I had a bad experience when a producer took my project and turned it into something else completely (they ruined it). I quickly realized that there are so many aspects outside of writing that impact the final product, and the producer is at the center of all of it. I began to think bigger than screenwriting (which will always be my first love). As Larry Turman says, "While others make movies, Producers get movies made."

3. What advice do you have for prospective students looking to apply to the Peter Stark Producing Program? Try everything. Learn about sound design, or cinematography, or screenwriting, or how films get financed. See what sticks. Figure out your own taste by broadening what media you consume. The best way to study and prepare for Stark (and a career) is to read and watch as much as you can. Avoid coffee. And - most importantly - figure out the type of stories you want to tell. Be honest with yourself about what you love, because if you aren't passionate about a story, audiences won't be either.

4. How has this program prepared you so far in your career in producing? The program is fantastic at exposing students to nearly every element of filmmaking rather than just producing. We're taught by working industry professionals from places like Amazon Studios and Disney, and those interactions are so valuable to our growth. Through our internships, rigorous coursework and opportunities to actually make a film or two during the program, Stark more than prepares you for a job after you graduate. Larry Turman - the program chair - is also great at reminding us to just be decent people, which is so important in this industry and shouldn't be understated.

5. What have been your biggest challenges at USC? My biggest challenge has been not getting over-involved or committed on too many projects. There are so many talented individuals at USC doing exciting work - it's hard not to find several projects that really speak to you, and before you know it, you're wrapped up in projects back to back on top of your coursework, thesis, your own projects, and personal life. I've had to become protective of my time and really drill down on what I'm most passionate about, and what will further my career as a storyteller.

6. What are you involved in right now? Where can people find out more about your work? Currently I'm directing an animated short film with one of my fellow Starkies. We're gearing up production and will premiere the project next Spring. I'm also producing a string of podcasts (conversational and narrative-based), working on expanding my reel as a director in music videos, and writing more scripts. Basically I'm doing several conflicting things and really loving it.

7. Anything else you would like to share? I'm really enjoying my time in the Stark Program. It's great to have a couple of years dedicated to defining my artistic taste and exploring so many facets of the industry. Fight on!