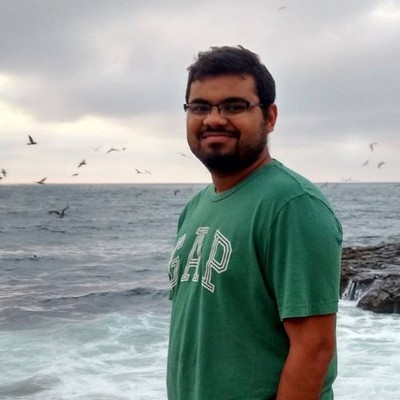 This story is part of a series profiling leaders of SCA's student-run organizations.

What is SCFX and what is your role in the organization? SCFX is the Visual Effects club of the School of Cinematic Arts. It aims to bring together students from various disciplines who have an interest in Visual Effects in Film and Television. It provides a platform to share knowledge, inspire each other and create together. As the current President of the club I serve as a liaison between the organization’s executive committee, the general student body at large and the school.

What kinds of activities does your organization sponsor or support? SCFX hosts workshops, knowledge sharing sessions, studio tours and film screenings that showcase the exceptional work being done in Visual Effects today.

What are you, personally, studying and how has being involved with SCFX, enhanced your studies? I am a graduate student of Film and Television Production. My focus is on Writing, Directing and Visual Effects. SCFX directly caters to my interests in VFX. As a member of SCFX, I have been involved in some of the workshops and studio tours conducted by the club. The talks and knowledge sessions have helped me keep up with the ever changing technology in the VFX industry. Our tour to LightStorm studios (James Cameron’s VFX studio) gave me a peek into the real world workflows of Visual Effects. It was not only educational, but also inspiring. SCFX also serves as a platform to connect with other artists. It has helped me in the past to find freelance work, which added to my demo-reel. To me, SCFX serves as an educating, inspiring and a collaboration tool.

What advice do you have for prospective students looking at applying to your program?
My biggest advice is to keep an open mind be prepared to adapt to conditions. Film School is a place to learn, practice, collaborate and experiment. Many students forget that the purpose of school is to practice the process, not to look for the elusive perfect product.

How has the School of Cinematic Arts prepared you, so far, for a career in your discipline? The School of Cinematic Arts has exposed me to various production departments, giving an insight into their workings. This helps me understand and communicate effectively between departments. The emphasis on practice within my discipline of writing, directing and vfx has helped me understand and improve my own creative process.

What in your past has given you inspiration or a unique point of view that you bring to USC? My passion for technology and storytelling led me from Computer Science Engineering to
Animation and Game Development to Film production at USC. As a Computer Science Engineer, I developed analytical and logical problem solving abilities. As a Technical Director at DreamWorks Animations, I had the opportunity to work with some of the best artists in the world and enhanced my creative skills. As a storyteller, I intend to draw from my varied experiences in these diverse backgrounds and work at the intersection of technology and art.

What personal projects have you worked on and/or are currently working on either with SCFX, or on your own? Over the past two years at USC, I have written over 15 short scripts, 2 feature length screenplays and directed 5 short films. I have also helped over a dozen production with Visual Effects, some of which are Advanced Production Projects. Currently I am working on two short screenplays and Supervising Visual Effects for two Thesis Films and one feature film being produced as a collaboration between USC and James Franco.