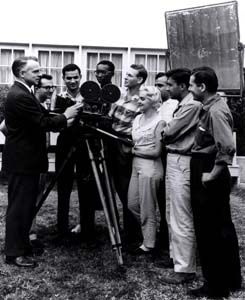 The archive's collection of USC student and staff films provides a unique opportunity for current production students to study the works of USC alumni to find inspiration, renewed confidence and a sense of history. The student film collection houses both the original camera negative and release prints of many USC alumni who have become leaders in the film industry today, as well as the works of many other young filmmakers who are soon to make their distinctive marks on the motion picture and television industry. The archive also holds a research collection of commercial feature films, television programs, educational films and shorts to support the school's academic mission. 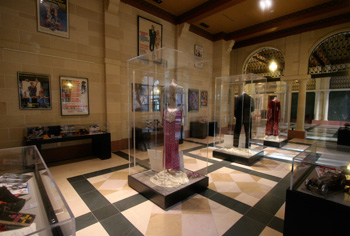 The collection on display in the Mary Pickford Lobby.